Japan teems with diverse culinary treasures from its fertile lands and abundant seas. The foods we highlight here are all raised, handled, or made with painstaking artisanal care. Some have risen to the status of local brands, the pride of their prefecture or region. Others represent the pinnacles of traditional specialties, legacies created by generations of Japanese. All offer flavor worthy of discovery.

Snow crab―Tottori
The most famous winter delicacy in western Japan’s San’in region is matsubagani, or the adult male snow crab. Matsubagani literally translates to “pine-needle crab,” a reference to its shape. 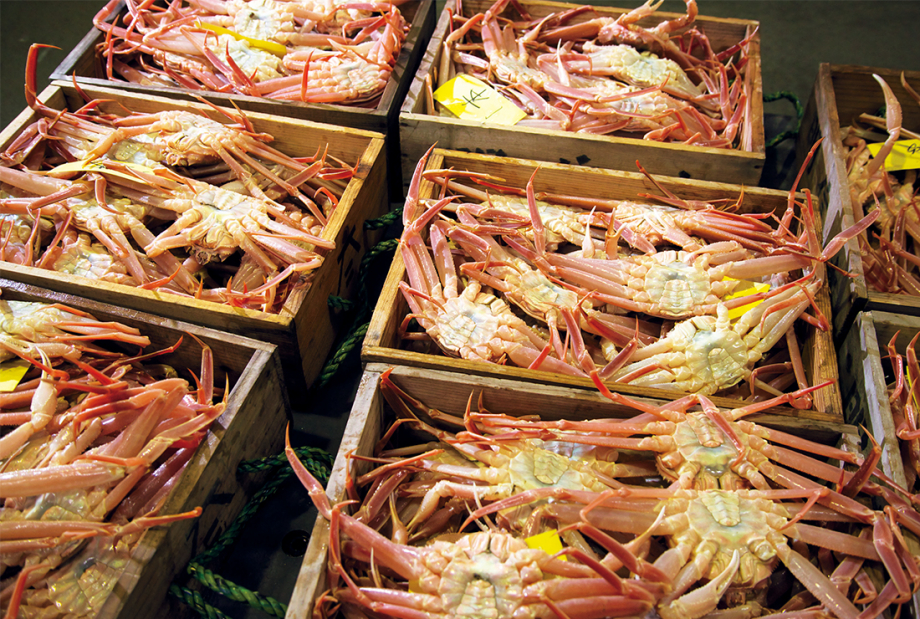 These waka-matsubagani have just been landed. The shells are so thin as to be translucent, with the meat visible underneath. You can tell how tender it must be just by the look of it.

When matsubagani season opens in November, crabbers depart from the port of Iwami Ajiro in Tottori prefecture, setting sail into the choppy waters of the Sea of Japan. Trips last only two days, emphasizing the value of bringing in quality over quantity. Returning to port, crabbers immediately land their fresh catch, which is put up for auction 3 hours later. Most prized are waka-matsubagani, snow crabs that started growing new shells in August of the previous year. Packed with tender meat, they are heavenly. 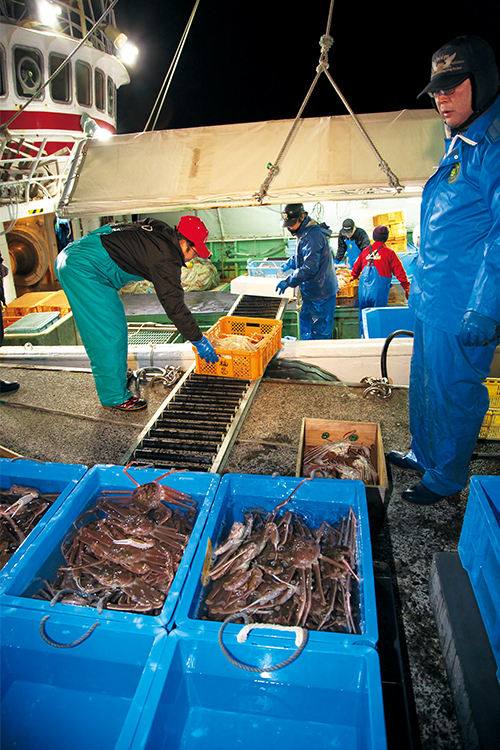 Keeping crabs fresh is the first priority. They’re unloaded as soon as boats return to port.

Matsubagani are true treasures from the Sea of Japan and sold in markets only during the fishing season, which is set short to ensure the catch will not exceed the marine resources.