Agricultural innovations enrich today’s food culture
“Natural farming” is drawing increasing attention in recent years. It goes a step beyond organic farming by avoiding the use of animal manure for soil enrichment. Both types of farming steer clear of pesticides and chemicals.

On Tatsuya Suzuki’s Food Culture Renaissance farm, in the area called Hakone Seiroku Mishima in Shizuoka prefecture, he uses innovative natural methods. While working for an IT company, Suzuki became involved in an agriculture-support project that led him to recognize the challenges and potential for agriculture in Japan. Eventually he moved to Mishima, and through much study and trial and error he gradually began to produce vegetables so delicious that professional chefs now covet them. 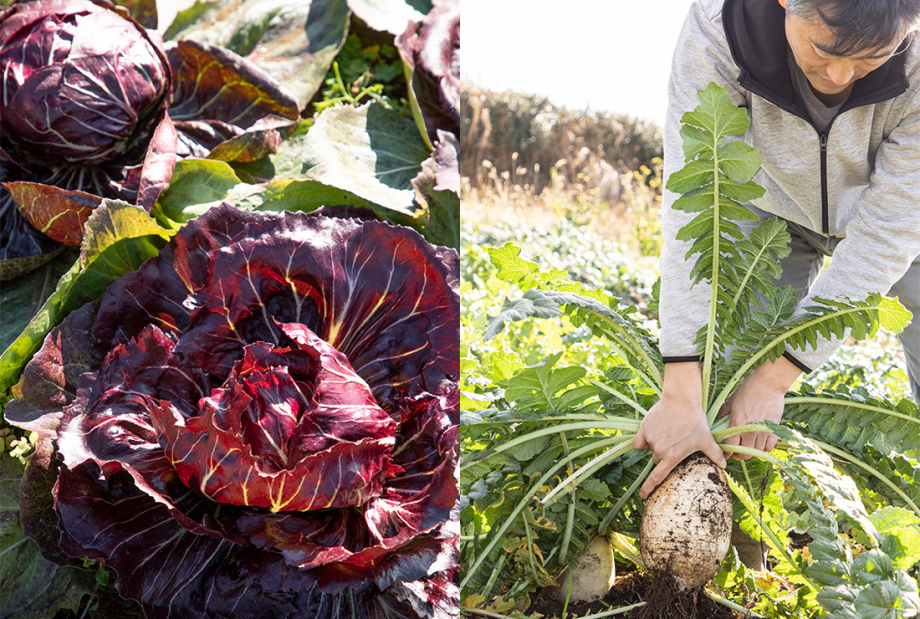 Initially he used manure fertilizers, but realized that flavorful vegetables could be grown without them. He switched to natural farming by making use of “green manure,” or spent plant matter and cover crops plowed under to distribute beneficial microorganisms. His farm, at the western foot of Mount Hakone, has mineral-rich, well-drained soil made fertile by Kanto loam and volcanic ash. Varying temperatures and hours of sun at different elevations make the area ideal for cultivating diverse crops. 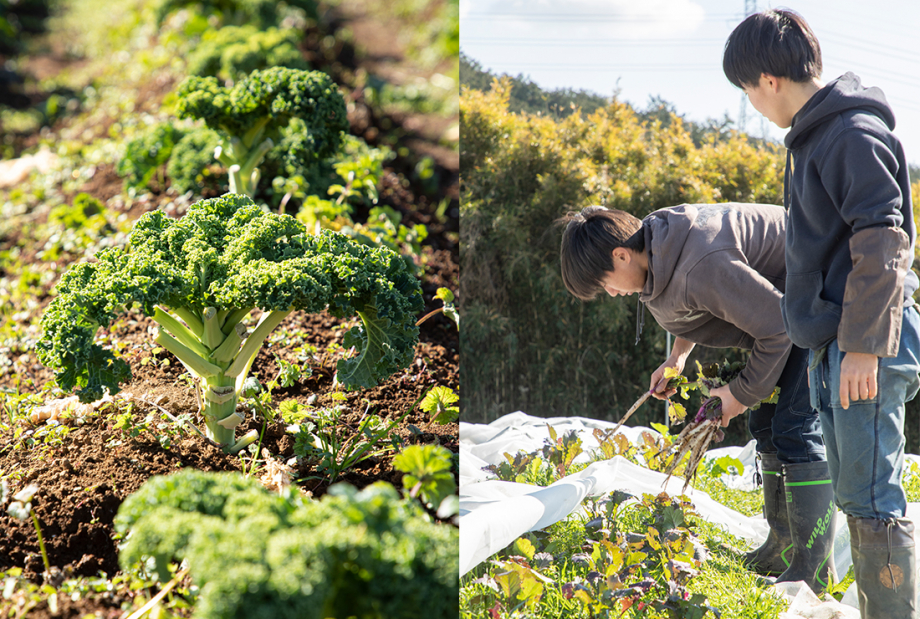 Suzuki grows more than 300 kinds of vegetables annually, from native and open-pollinated Japanese heirloom varieties to exotic types from Europe. Each variety has distinct character and flavor. Harvested in the morning, fresh produce goes directly to restaurants, individual customers, and the farm’s own retail store. Placing the utmost importance on freshness, the farm does not rely on conventional delivery channels, which can take days.

“Vegetables are essentially raised by nature itself—the sun, the earth, and microorganisms,” Suzuki says. “We just help out the microorganisms.” Grown in this enterprising way, receiving nutrients that are blessings of the earth, his vegetables prompt exclamations of delight and enrich Japan’s food culture.

Market and deli for Mishima veggies
Directly operated by Food Culture Renaissance, the 72veggie market and deli offer vegetables and fruits in season. In addition to produce grown on the Renaissance farm, the market sells a colorful array of vegetables sourced directly from farms around Japan. 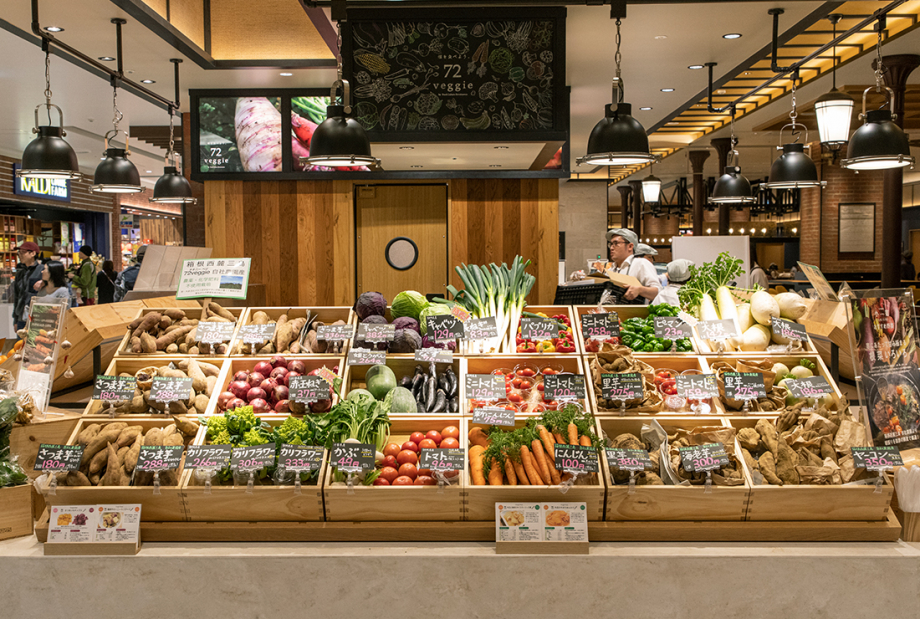 The deli serves additive-free prepared dishes featuring plenty of fresh foods. Pictured at left are the popular “4 Box Deli” with a choice of three items and one type of rice (￥864) and Nishiura mikan mandarin juice (￥346). All are available for eat-in or takeout. 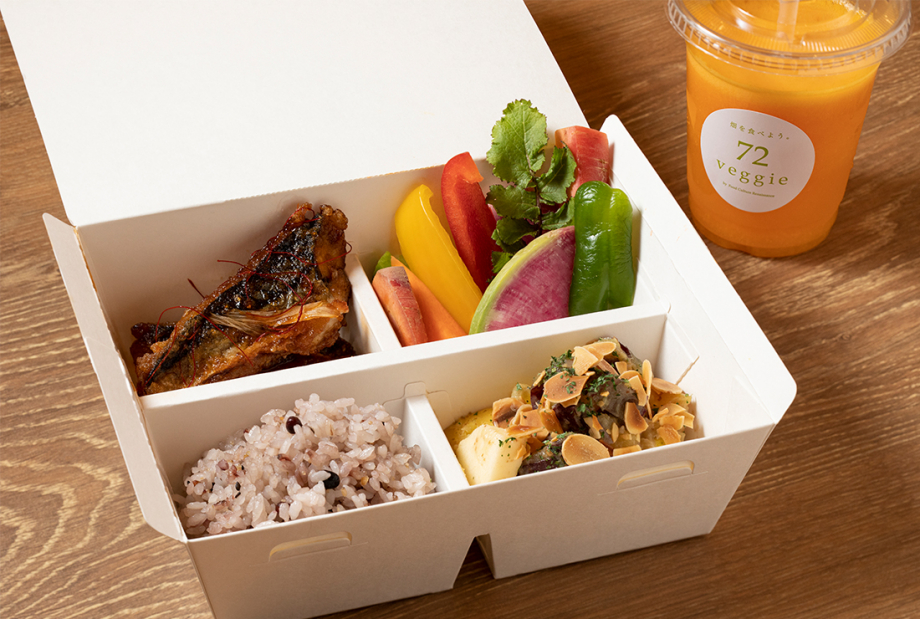