Isumi, a seaside city in Chiba prefecture about an hour southeast of Tokyo, is home to Kidoizumi Brewery, which has been making sake since 1879. The present owner’s grandfather was a pioneer in additive-free sake brewing in the immediate postwar years, when adding preservatives was the norm. Hayato Shoji, who now runs Kidoizumi with the help of four brewers, has inherited his grandfather’s dedication to making healthy, flavorful sake. 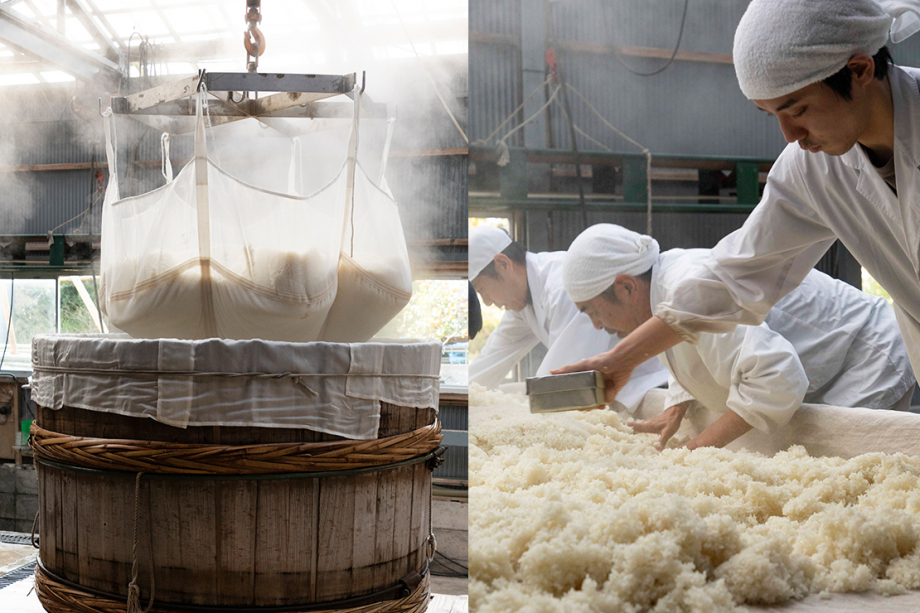 Left: Transferring steamed rice from a large tub to a work counter. Two layers of rice have been steamed, one to culture the koji mold and the other for the main fermantation mash, or moromi. Right: The first layer of steamed rice is sprinkled with koji mold and mixed quickly to spread the spores evenly. Under strict temperature control, the mixture takes about two days to become koji rice.

“Our sake is brewed by a method from my grandfather’s day that uses naturally occurring lactic acid bacteria. We make our fermentation starter by combining steamed rice, rice propagated with koji mold, and yeast with hot water, keeping the mix at around 55 degrees Celsius, the best temperature for converting starch to sugar. The heat and bacteria-produced lactic acid kill off unwanted bacteria, so there’s no need for additives.” 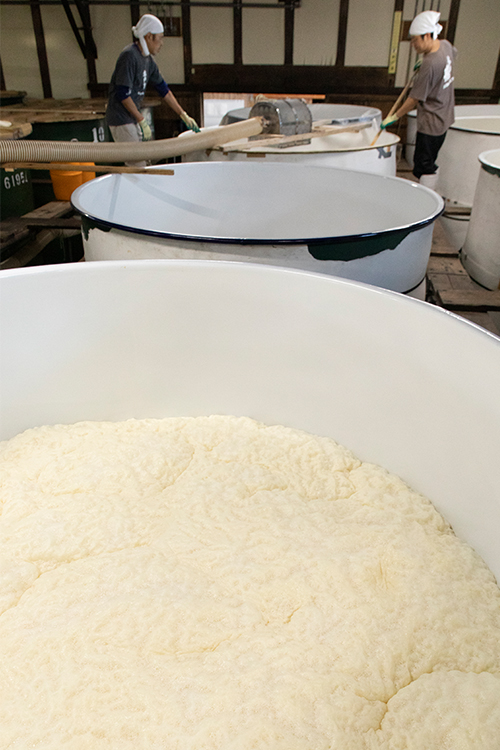 The second layer of steamed rice is added along with koji rice, fermentation starter, and water to tanks holding the moromi. The mash bubbles as it ferments, producing alcohol and carbon dioxide.

Justin Potts, an American who worked as a brewer at Kidoizumi and now assists with public relations there, explains, “We make our own allnatural lactic acid bacteria culture, and use it only at the start of the brewing season. After that, the bacteria living in the brewhouse take over. Naturally fermented sake has a unique tartness and depth of flavor that match nicely with Western-style dishes too. Non-Japanese drinkers and even Japanese who don’t ordinarily enjoy sake find naturally fermented sake easy on the palate. My wife and I are big fans, and that’s why we moved here.” 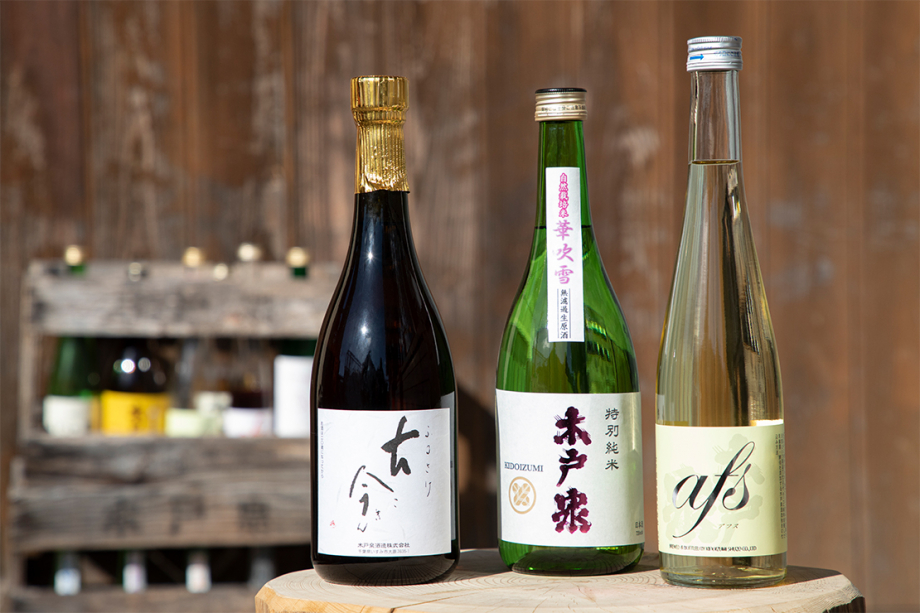 From left, Kokin, a blend of select 20- to 30-year aged vintages; a refreshingly tart new sake made with naturally grown Hanafubuki rice from Aomori; and afs, a traditional sake made in a rare one-step fermenting process.

With organic sake in vogue these days, Kidoizumi has attracted the attention of those who are partial to natural libations. In the words of owner Shoji, “We’ve stayed true to the kind of sake we feel is important, and we’re happy that the world is beginning to think it’s important too. My job is to continue the work of producing great-tasting, worry-free sake by our traditional methods.” 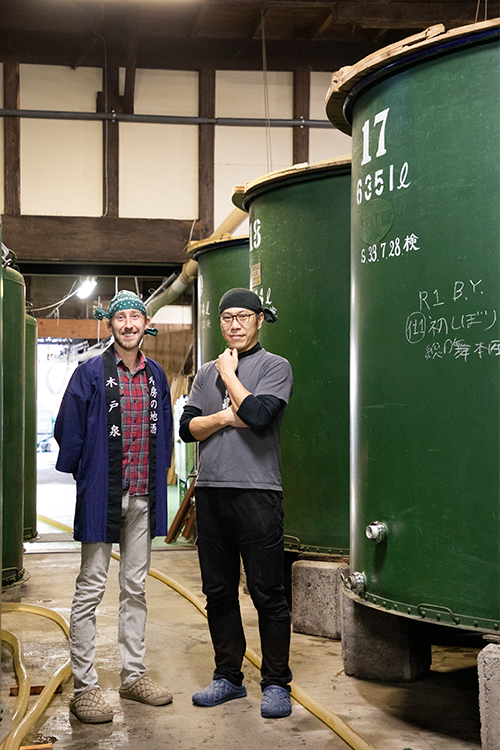