Ramen seems to be on its way to conquering the world. It’s not unusual nowadays to see long lines outside ramen shops in New York, London, Paris, or Hong Kong. Though ramen was once viewed as a quick, cheap, and tasty meal for common folk, today there are even Michelin-listed ramen eateries. Why do these noodles have such a magical attraction, and what keeps people going back for more? Let’s explore what makes ramen so satisfying, survey some different varieties, and look at what’s on the horizon as it continues to evolve.

Shoyu ramen is the most widely available and popular type of ramen. The broth is flavored with soy sauce, an essential seasoning in Japanese cuisine. The flavor may vary by region due to differences in the type of soy sauce used in the broth. (Take-chan Niboshi Ramen, Chofu branch)

Tonkotsu ramen is said to have been created in Kurume in Kyushu, but other Kyushu areas like Hakata and Kumamoto are known for their versions as well. The cloudy, pale stock is made by boiling pork bones over high heat for hours. Demand for tonkotsu ramen began spreading in Tokyo and surrounding areas in the 1980s. (Hakata Nagahama Ramen Tanaka Shoten, main branch) 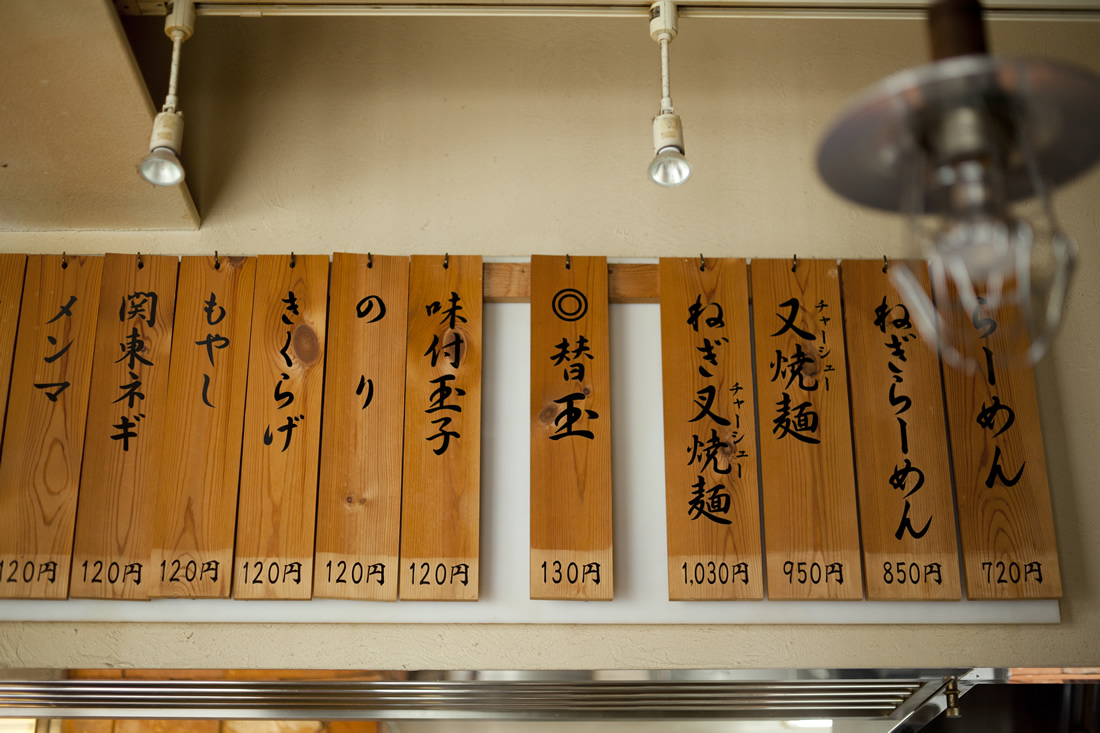 Shio ramen brings the flavor of the broth to the fore. According to legend, the first Japanese person to eat ramen, Lord Tokugawa Mitsukuni (1628–1701) of the Mito domain, was served shio ramen by a Confucian scholar from China during the Edo period. (Motenashi Kuroki) 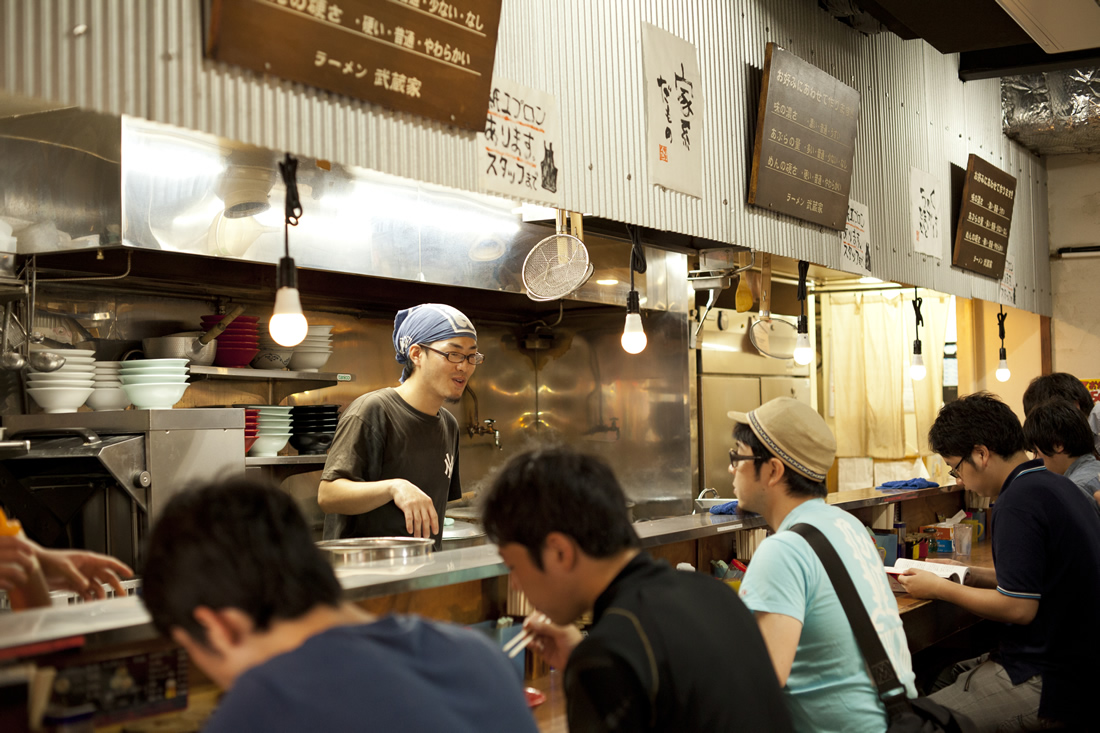 Cooked noodles are cooled and served alongside a bowl of warm dipping sauce. Tsukemen was first created by Kazuo Yamagishi, founder of the Taishoken chain of ramen shops, in 1955. One type of tsukemen with a rich, fish-based dipping sauce started to gain wide popularity around 2007. (Seitoku) 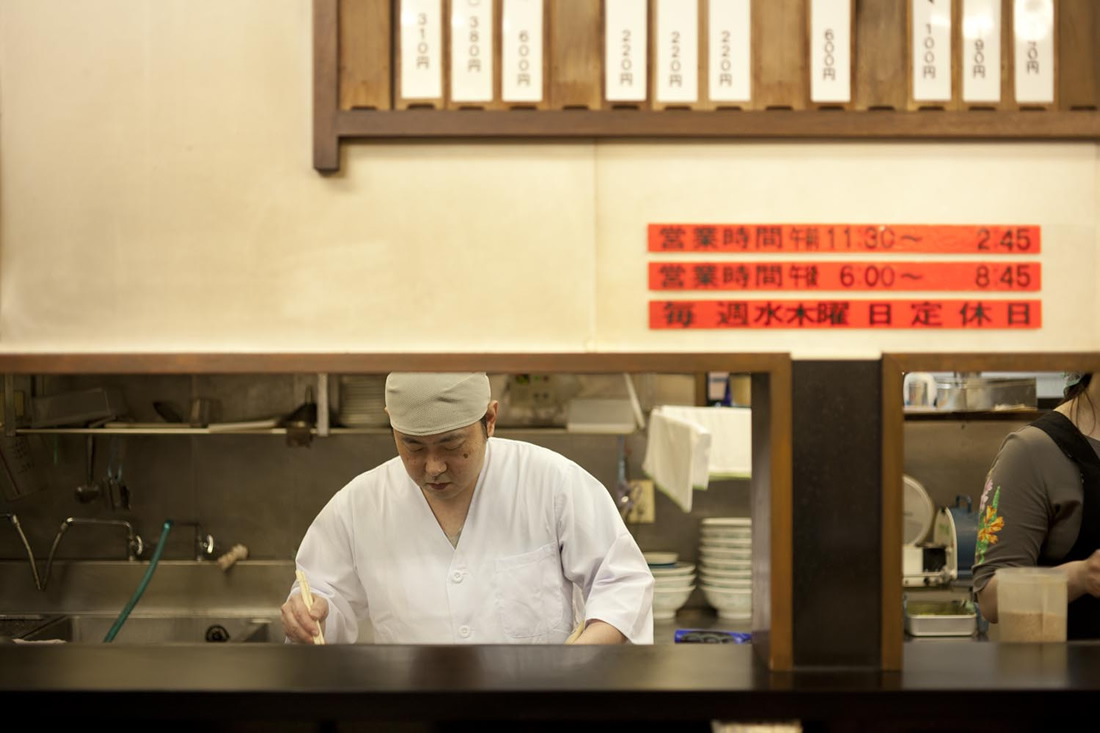 As the name indicates, the broth of this type of ramen is seasoned with miso, which imparts a distinctive, full-bodied flavor. Miso ramen originated in Sapporo, Hokkaido, after World War II. It’s a perfect dish for cold weather, with a thin film of pork fat on top of the broth to keep it piping hot. (Menya Saimi) 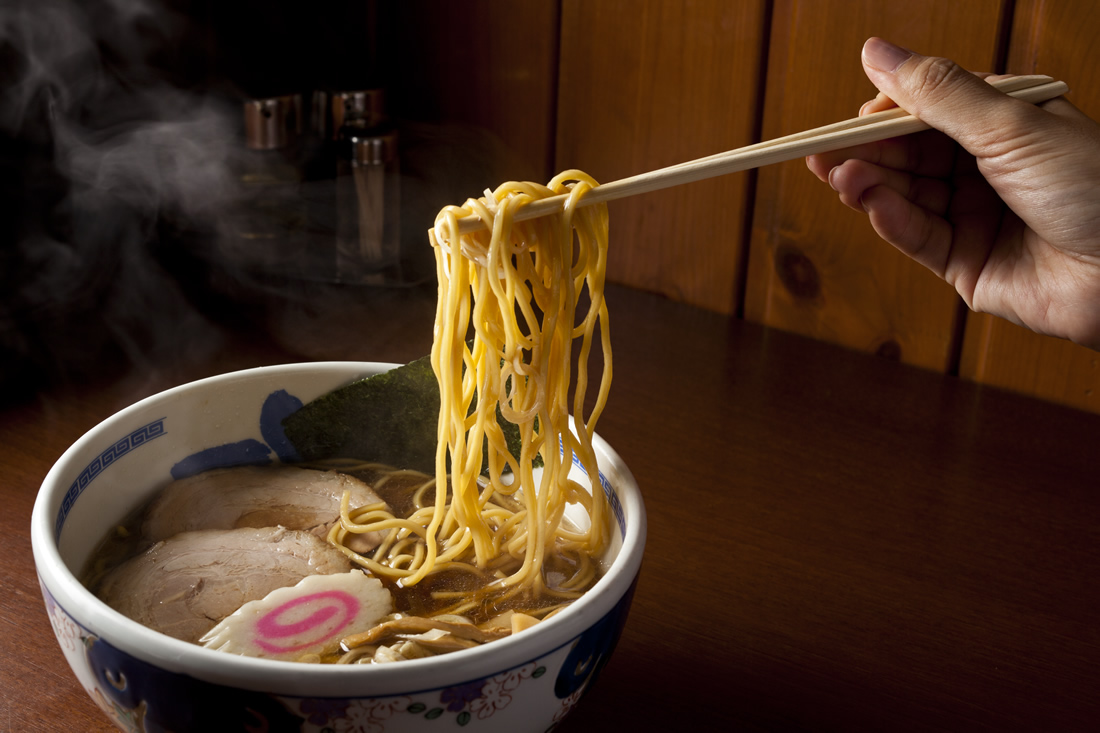 In Tokyo, it’s not unusual to see long lines of customers outside ramen shops. No matter whether it’s a sweltering summer day or a freezing winter evening, people are waiting patiently to be seated.

Ramen, which traces its roots to a Chinese preparation of noodles in broth, reputedly first appeared in Japan sometime in the late 1860s. In the century and a half since then, the dish has followed a distinct evolutionary curve, becoming one of Japan’s most popular foods. But its appeal is not just local: ramen’s cachet has been spreading around the world, and it’s on its way to becoming a mainstay of international cuisine.

The ramen craze of the past decade has seen countless iterations of the traditional broth, with stock bases ranging from light chicken to hearty seafood to beef bones, and everything in between. But among Japanese, the hands-down favorite remains shoyu ramen— noodles in soy-sauce-flavored broth. Take-chan Niboshi Ramen, in the Tokyo suburb of Chofu, is the shop that first put niboshi ramen in the spotlight. This type of ramen features a stock made from niboshi—small dried fish—and other ocean-sourced ingredients. At Take-chan Niboshi Ramen, only the finest such ingredients are used to make the stock each day: niboshi from Ibuki (Kagawa prefecture), Nagasaki, and Chiba; sodagatsuo frigate tuna; and kombu from Rausu in Hokkaido. The fish stock is then mixed with a rich broth made from pork bones cooked for hours over high heat; the flavors of the meat and fish blend harmoniously. Finally, the stock is seasoned with soy sauce to create an exquisitely aromatic, full-bodied soup. Customers can’t get enough of the flavor sensation that these all-natural ingredients create, and they just keep coming back for more.

The distinctive taste experience offered by ramen shops like Take-chan is the culmination of their owners’ passion for that elusive “best” flavor, fueled by the drive to stay ahead of competitors and satisfy the cravings of devoted yet fickle ramen lovers. The combination of ingredients that goes into each delicious bowl of ramen and the unending quest for taste perfection will undoubtedly continue to enthrall hungry diners.