Six years ago, when Japan was campaigning to host the Games of the XXXII Olympiad, many people outside the country heard the word omotenashi for the first time. It refers to the care and attention that Japanese people traditionally devote to their guests, something that one of Tokyo’s top hotels demonstrates superbly.

Japanese are proud of their national custom of omotenashi, by which visitors are to be treated with the greatest respect, even deference. But few people can easily explain exactly what it entails. To learn from the experts, we went to the Imperial Hotel, Tokyo, which has been welcoming royalty, presidents, and other very important guests since 1890. The Imperial has one of the highest satisfaction ratings of hotels anywhere in the world. Many returning guests have made it a family tradition, introducing the hotel to each new generation. 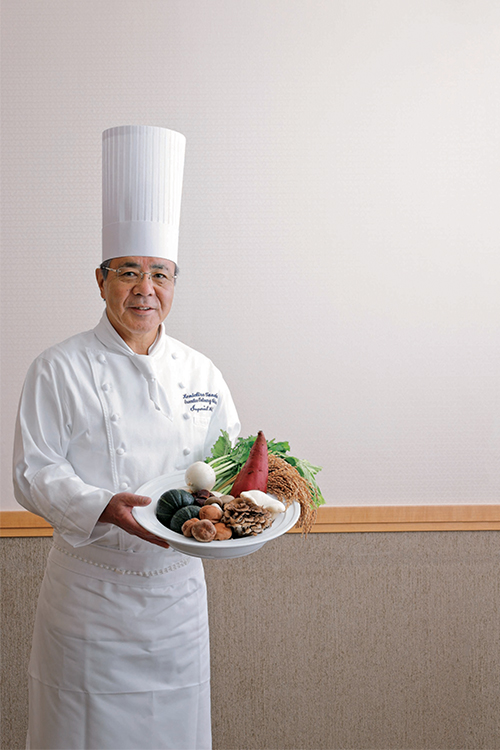 Since visitors have complete trust in the hotel, they are comfortable offering not only praise but also criticism when service fails to live up to expectations, explains Executive Culinary Advisor Kenichiro Tanaka. And it’s imperative for staff and management to be profoundly aware of both, he says.

For the 17 years leading up to April 2019, Tanaka was in charge of food services in all three Imperial Hotels—in Tokyo, Osaka, and Kamikochi, Nagano prefecture.

“Omotenashi is said to have come from customs of the tea ceremony,” Tanaka says. “Samurai, who might be about to lose their lives on the field of battle the next day, drank tea when they wanted to enjoy a moment of peace. At such times, a tea master like Sen no Rikyu greeted his likely one-time visitors with sincerest respect. And that has developed into what we call omotenashi today.” 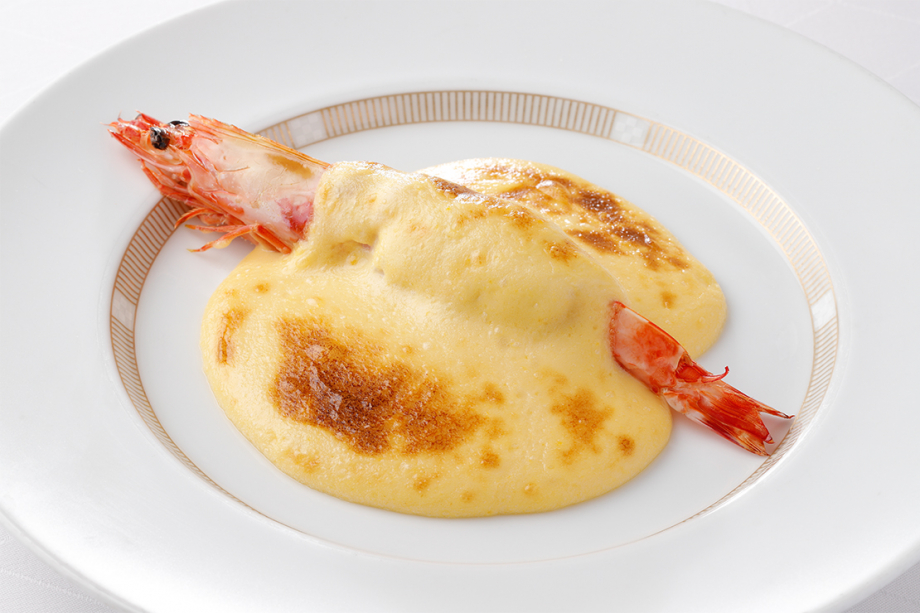 During the 1975 visit of Britain’s Queen Elizabeth II, then executive chef Nobuo Murakami devised this prawn and sole gratin in her honor.

The Imperial Hotel, Tokyo’s executive chef, Yu Sugimoto, who honed his craft in France for 13 years, has his own explanation of omotenashi.

Sugimoto observes, “The desire to prepare delicious food that makes diners happy is essentially the same in Japan and overseas, I think. What’s unique to Japan is probably encapsulated in the word ‘itadakimasu,’ meaning ‘I am humbly about to receive.’ We always say that before eating. It carries a sense of gratitude toward the people who grew or gathered the ingredients, and also toward the ingredients themselves. We prepare the food, and we revere it, for I think that from long, long ago the idea has always been that spirits dwell in everything.” 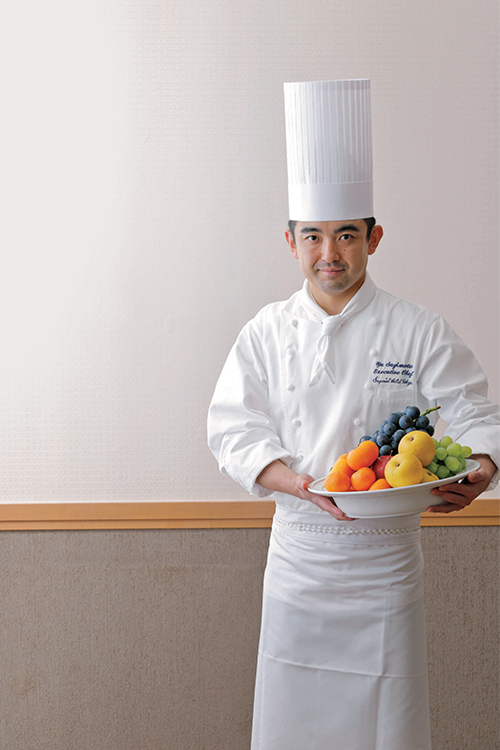 Year by year Japan is attracting more visitors from overseas than ever. They are now said to account for about half of all visitors to the Imperial Hotel, Tokyo. This growth is expected to continue, which has big implications for chefs.

Sugimoto says, “I believe our response to guests with dietary restrictions, be they religious or vegetarian or vegan, is going to be increasingly important. We must constantly keep an eye on what’s happening around the world, and not just on cuisine.” 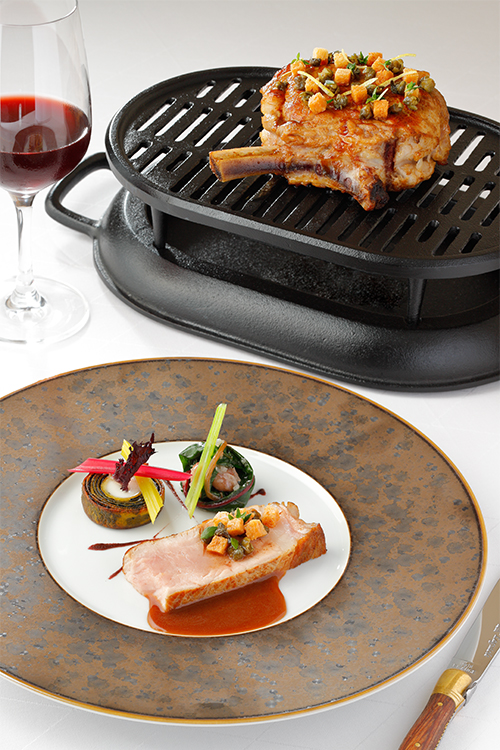 Current executive chef Sugimoto continues the Imperial’s commitment to authentic French cuisine, but seeks new ways to express it, like this grilled veal tenderloin on the bone.

Tanaka, who chairs the menu advisory committee for Tokyo 2020, recalls what one Olympian told him: As the Rio games were coming to an end in 2016, athletes from all over said how much they hoped to compete at Tokyo because the food was bound to be really good in Japan!

“It’s wonderful that they think that way about us, isn’t it?” Tanaka smiles. “I’m confident we can meet their expectations.”

Kenichiro Tanaka
Executive Culinary Advisor
Born in 1950 in Tokyo, Tanaka joined the Imperial Hotel in 1969. After leaving to work in several famed French hotels, he returned, becoming the Imperial’s executive chef in Tokyo in 1999. From 2002 to April 2019 he served as Executive Director and Grand Chef for Imperial Hotel, Ltd., leading a team of some 400 chefs. He is also chair of the Menu Advisory Committee for the Athletes’ Village in the Olympic and Paralympic Games Tokyo 2020. Among his honors, he is an Officier de l’ordre du Merite Agricole.

Yu Sugimoto
Tokyo Executive Chef
Born in 1980 in Chiba prefecture, Sugimoto joined the Imperial Hotel staff in 1999. He departed in 2004 to work for 13 years in Europe, where he cooked at noted establishments including Hotel Le Meurice in Paris and learned from such luminaries as Yannick Alleno and Alain Ducasse. After returning to Tokyo in 2017 he rejoined the Imperial Hotel, and assumed his current role in April 2019.