Sixty-seven wooden vats, clad in woven bamboo hoops, tower to the storehouse ceiling. Casting a fond eye on them is Kazuhiro Shibanuma, the 17th-generation head of Shibanuma Soy Sauce, which has been making the seasoning for over 330 years in Tsuchiura, Ibaraki prefecture. 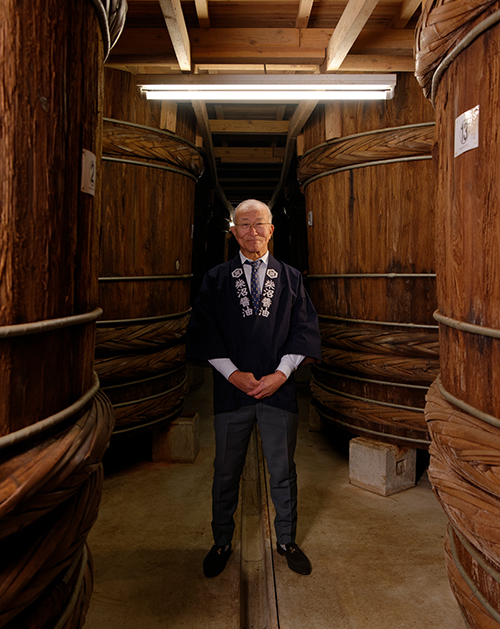 Kazuhiro Shibanuma. “When I was a boy, there were still artisans making these vats, but they are all gone,” he laments.

The vats, he says, are 150 years old and have been in continuous use. “This is where we ferment our soy sauce,” Shibanuma explains. “These vats are said to last 300 years, and every one houses a slightly different mix of microorganisms. Our master brewers are familiar with the quirks of the microbes in each vat, so they know how much to stir the sauce and how far along the fermentation has progressed.” Known for its abundance of water, Ibaraki has long been a grower of quality soybeans and wheat. The area’s lakes and rivers also facilitated the transport of goods to Edo (now Tokyo), making soy sauce a regional specialty since the Edo period (1603–1867). 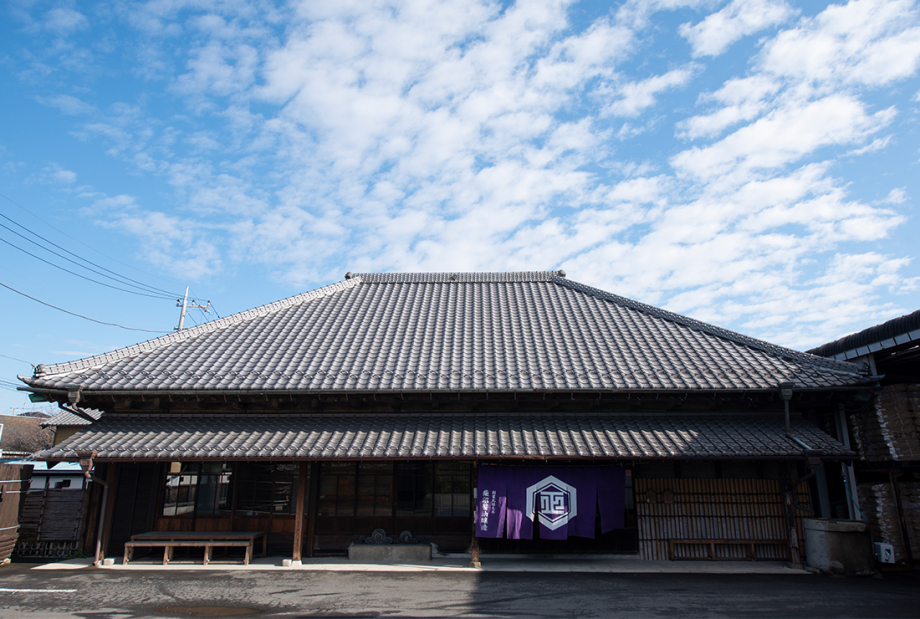 Up to 30 years ago the owner’s family lived in this 300-year-old building, which now contains a small museum.

“Japan’s soy sauce is characterized by the umami it owes to fermentation helped along by koji, or the mold Aspergillus oryzae. The koji is mixed into a mash of steamed soybeans and wheat, which is left to stand for three days. When enough mold has grown in the mash, salt water is added and the mixture is moved to the vats. The microbes present in the storehouse and in the vats themselves then take over to ferment the mash further, breaking down the proteins in the soybeans and the wheat. After fermenting for a period of six months to a year the resulting mash, known as moromi, is strained, and you get soy sauce.” According to Shibanuma, his firm can produce over 300 flavors of soy sauce simply by using different storehouses, vats, and fermentation periods. The company also produces lowsalt soy sauce, alcohol-free soy sauce for halal use, and ponzu soy sauce without bonito flakes for vegans.

The company’s main product lineup. The two bottles on the right are soy sauces for export to such places as Switzerland and France.

“Wheat and other allergies are in the news now, but fermentation actually breaks down and eliminates the allergens in soybeans and wheat,” Shibanuma adds. The vats are not rinsed after use; once they are emptied out, new moromi is added for the next batch. The microbes that live in the vats don’t simply ferment, they also kill unwanted bacteria, so adding the moromi keeps the vats in healthier condition than washing them out with water. The fermentation continues year-round naturally, without artificial temperature control. It’s going on even as you read this. 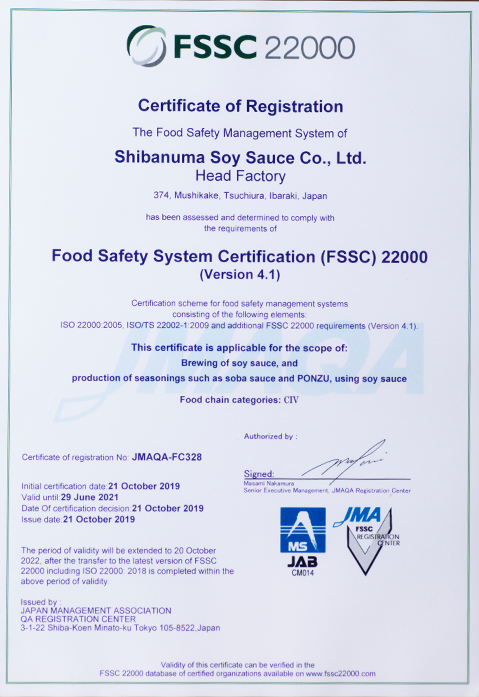