On March 11th, 2011 at 2:46 pm, every aspect of  life in the Tohoku region of Japan, including Fukushima prefecture, was completely changed by the massive earthquake. Ten years after the disaster, American journalist Maya Moore has taken action to remind the world of the unforgettable day through the story of “Fukushima’s lost rose garden”. The elegant flowers gave Maya the power and encouragement to publish a photobook titled “The Rose Garden of Fukushima” in English, Japanese, and Korean. A rare record of beauty lost in the earthquake, the book serves as a powerful medium that tells the world of the Fukushima story, lighting a flame of hope amidst the sorrow yet unhealed. 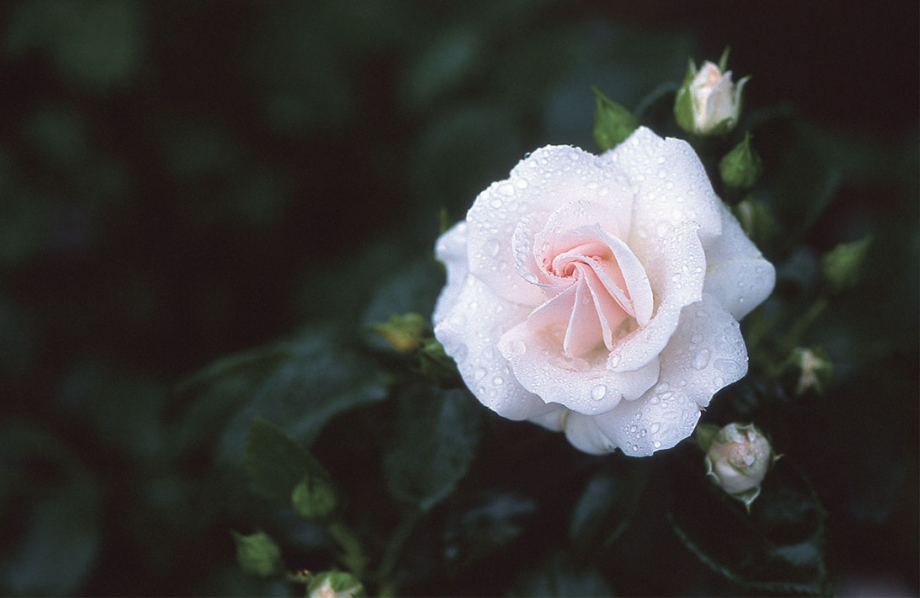 One morning in February 2012, Maya saw a close-up photograph of a rose on her TV screen. It was a news program telling the story of Futaba Rose Garden, already lost in the aftermath of the earthquake. The sight of the vibrant flower “greatly moved something inside me,” Maya recalls. Although she had never heard about the garden before then, she felt a strong urge to tell the world its story. 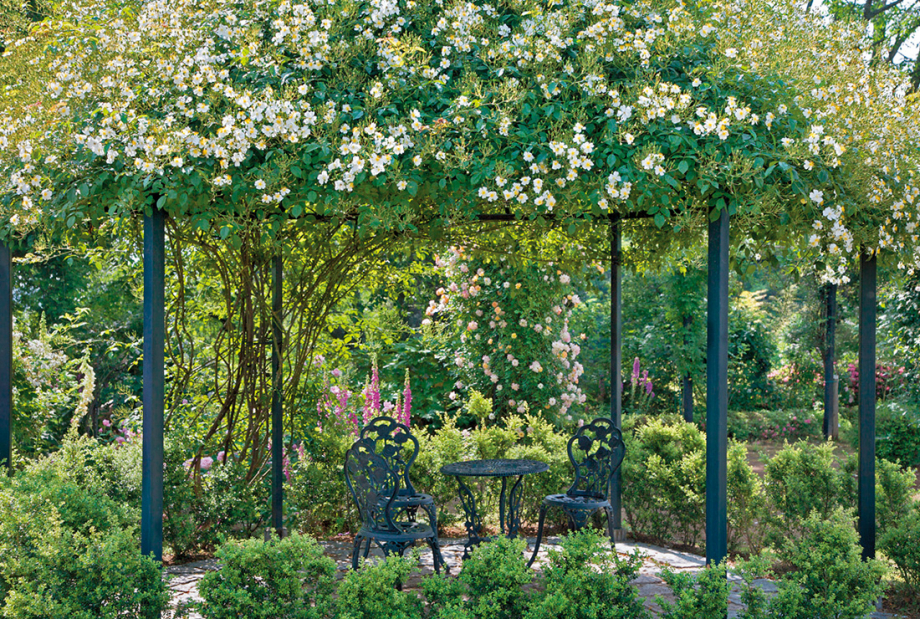 The photo shows a section of the Futaba Rose Garden before the earthquake. Soft sunlight is falling upon the gazebo where Rosa Mulliganii, a family of Old Rose, blooms. Phyllis Bide, the double-flowered roses on the vines, can be seen behind the gazebo. The sight changed as in the photo below after 3.11, when the entire town of Futaba came under evacuation orders. 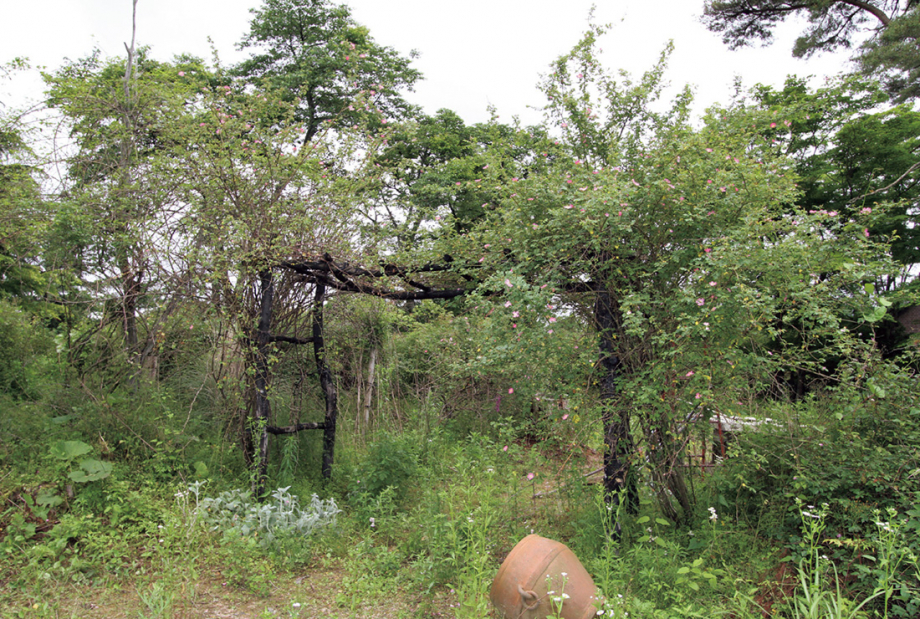 Futaba Rose Garden, located in Futaba-machi, Fukushima―the same town as the nuclear power plant disabled by the earthquake―was home to 7,500 roses of 750 species spread across over 66,000 square-meter land. With around 50,000 visitors per year, it was filled with people who came to enjoy the majestic view of blooming roses in the spring through autumn. Its owner, Katsuhide Okada, who had studied gardening on his own, spent around 50 years creating the garden. The timing of the earthquake couldn’t have been worse―the garden was about to welcome 100 representatives from the World Federation of Rose Societies in May 2011, which would have brought global recognition to Okada’s lifework. 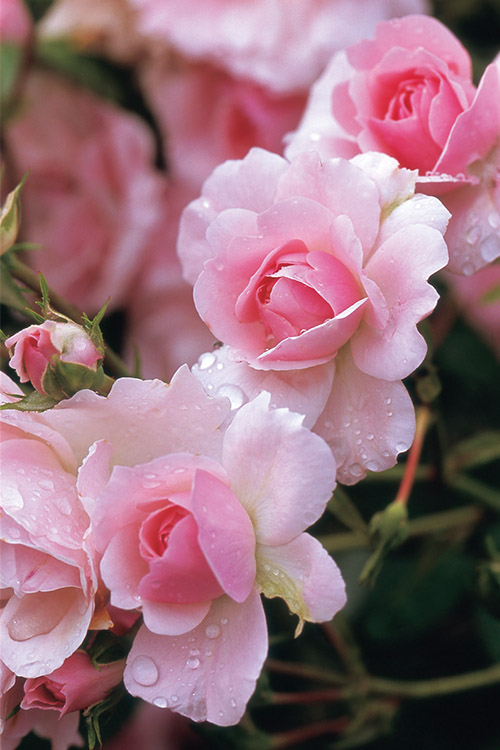 As Maya watched the news about the exhibitions of the rose garden photos held across Japan, she felt that “these roses can tell the story”―of the massive earthquake, tsunami, the Fukushima nuclear plant incident and the radioactivity that completely changed the lives of over 170,000 residents in Fukushima overnight. The exhibitions, titled “The Rose Garden We Loved”, featured a collection of photographs taken by Okada and the members of Yokohama Photographers of Roses, a group that had been shooting photos in the garden for over ten years. 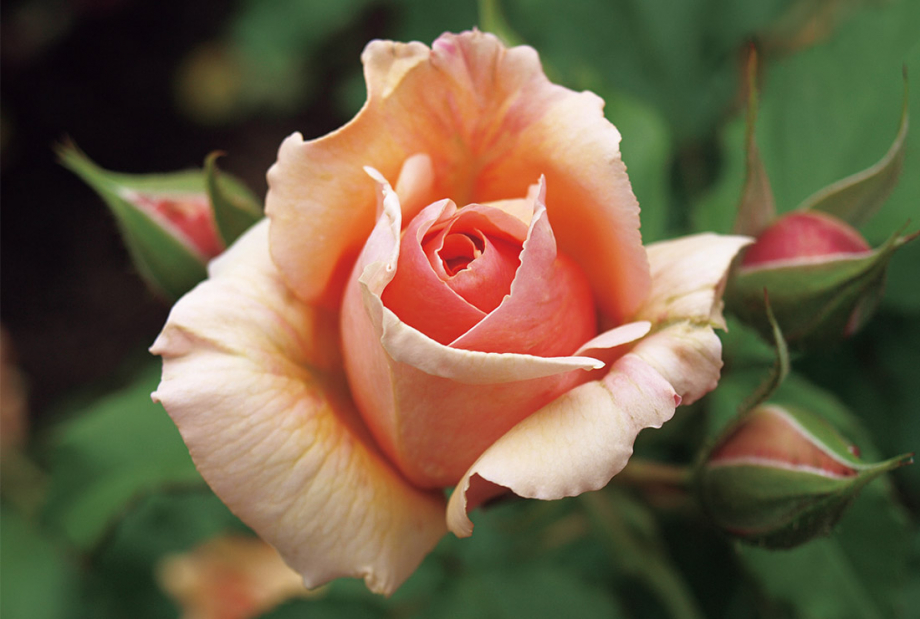 Maya’s passion moved her to take action. She tracked down Okada who had moved to a temporary housing in Tsukuba, Ibaraki prefecture, over 200 kilometers to the south of Futaba.  When she first visited Okada, he was gazing out to his garden full of weeds and told her he had lost all his motivation to grow even a single rose. Realizing his devastation, Maya became determined to make the Futaba Rose Garden live on in the form of a photo book. Eventually convinced by her strong motivation, Okada teamed up with Maya and began the process of publishing the book. 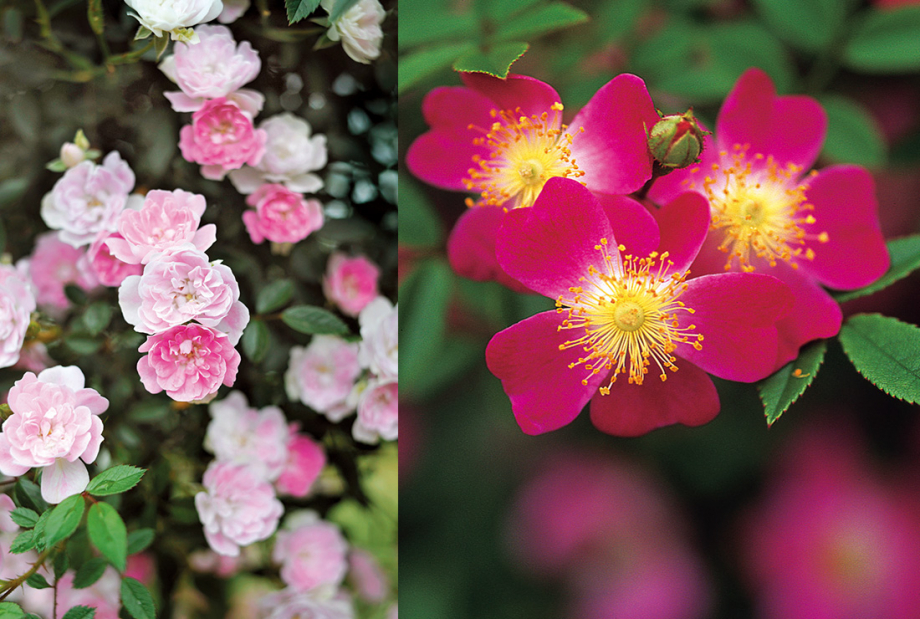 In 2014, Maya successfully published “The Rose Garden of Fukushima” in English, with the help of Okada, Yokohama Photographers of Roses and instructor Hisako Matsuda. She decided to publish the English version first in consideration of the earthquake survivors whose emotional wounds were not yet fully healed. She also felt that the world needed to know what Fukushima looked like three years after the disaster.

The story begins with 17 year-old Okada falling in love with a bright red rose one early summer morning, depicting the development of his vast rose garden that mesmerized thousands of people over the years and its sudden ending. At the end of the book, Okada tentatively begins to grow roses again in his yard. The roses in the book which no longer exist in this world, glistening in the morning dew under the sunshine, silently speak of the events of the unforgettable day. 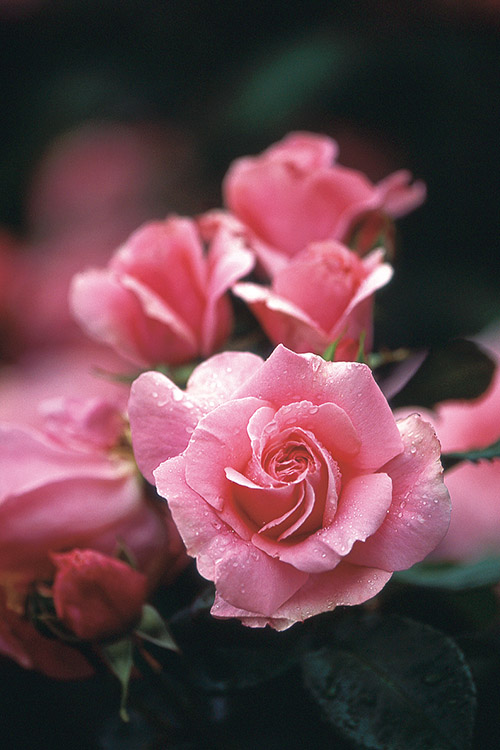 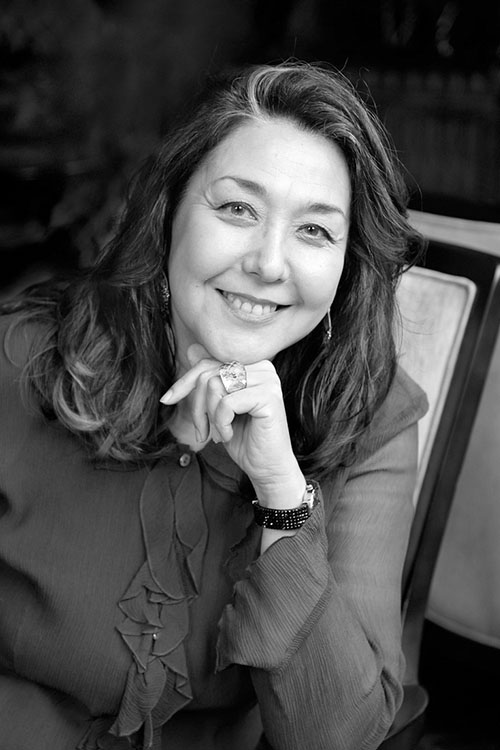 Maya Moore
Maya is a journalist known as the news anchor for TV programs including NHK-BS “World News”, “Weekend Paris” and “Asia Now”. Formerly a visiting lecturer at Shirayuri University, she is currently active in the Tohoku Virtual English Classroom (TVEC) program, a virtual Skype class that connects the American School in Japan (ASIJ) and elementary schools in Ofunato City, Iwate prefecture. 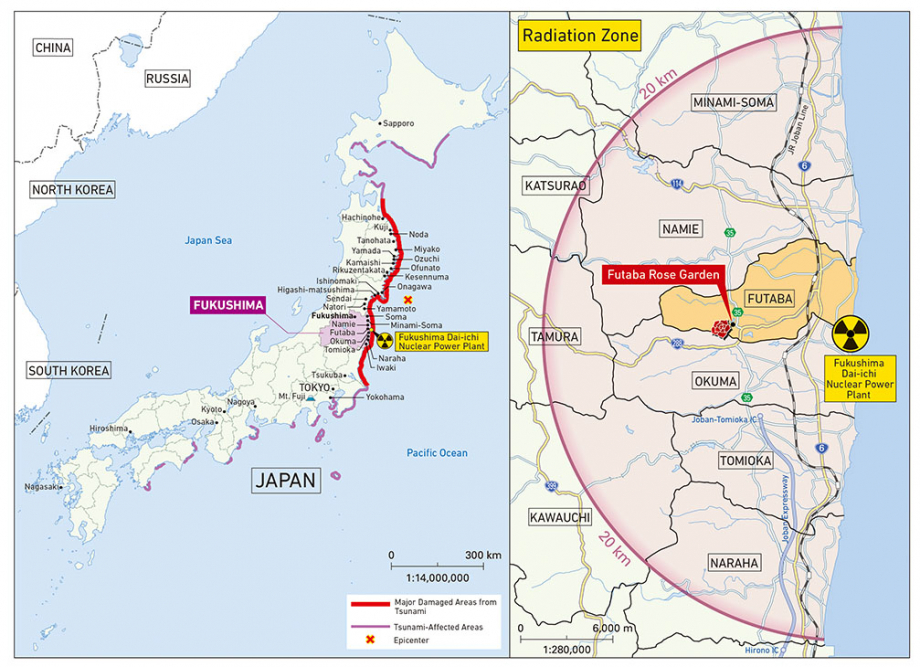 The map shows the evacuation zones within 20-kilometer radius of the Fukushima power plant right after the incident in 2011. Futaba Rose Garden still remains in the “difficult-to-return zone” today. 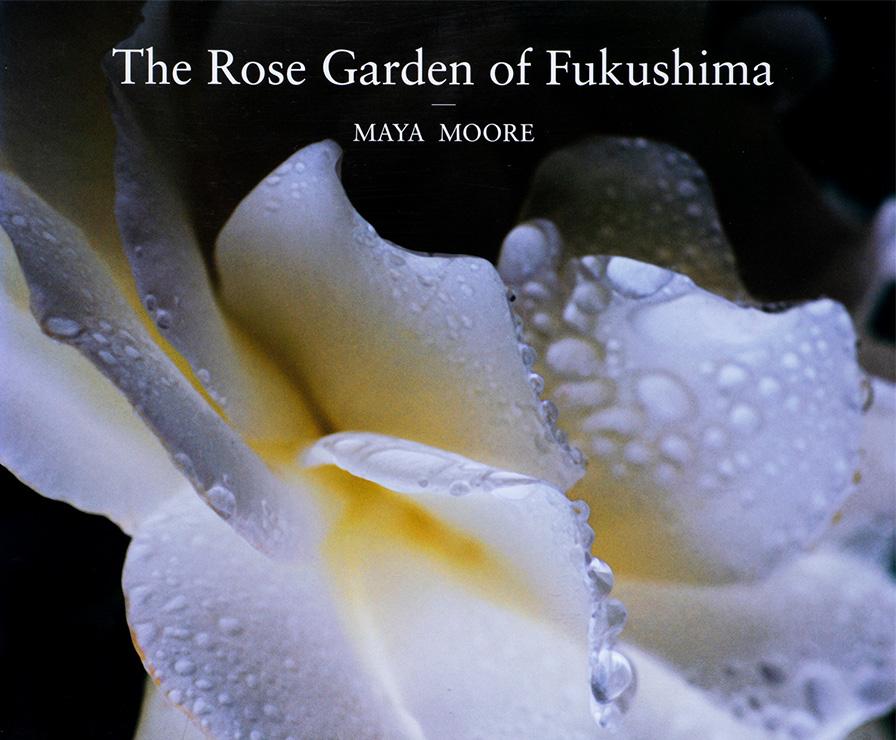 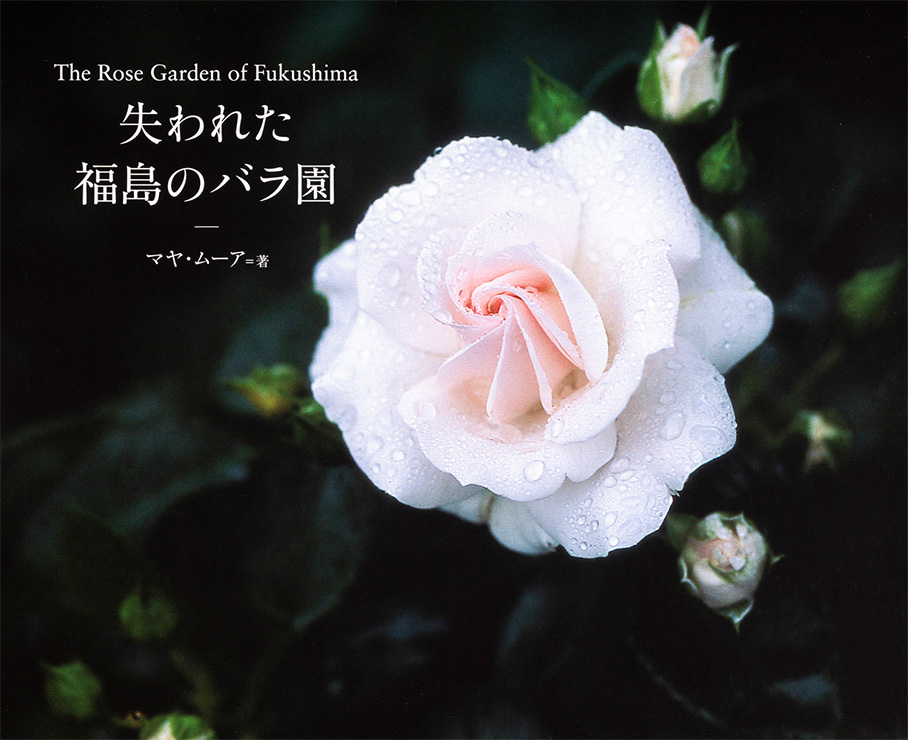 Available on Amazon.co.jp in Japan here