ASIMO Can Do It All: Run, Jump, and Use Sign Language 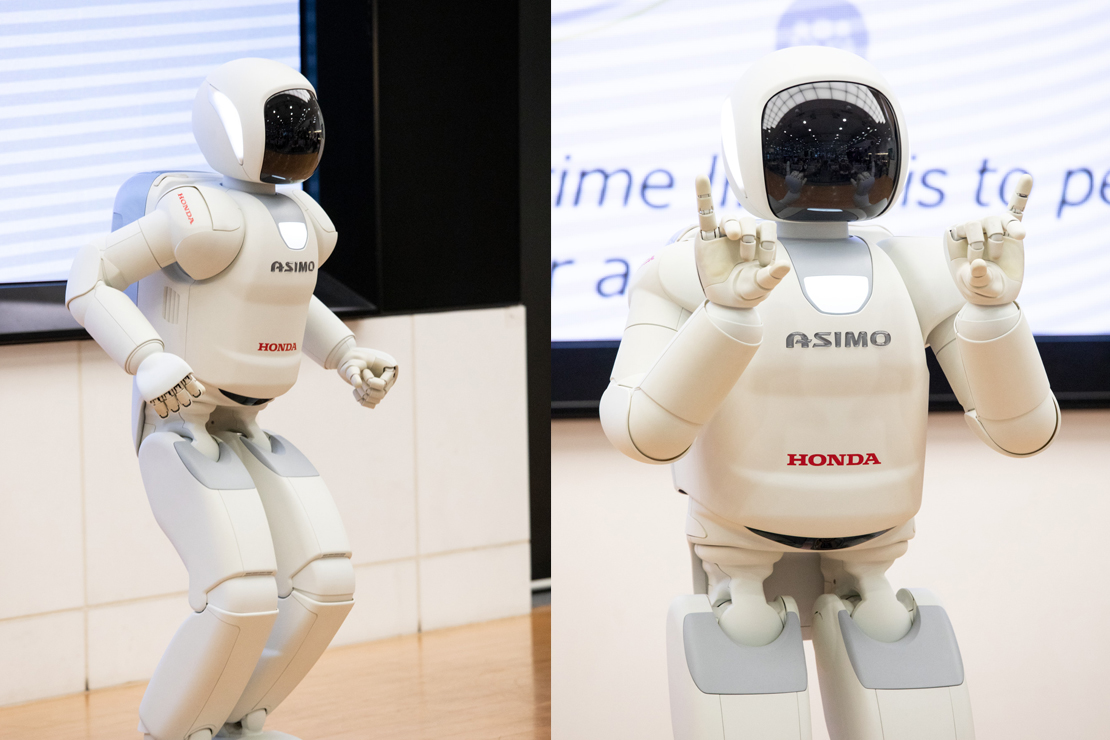 ASIMO does a series of jumps with great facility. This is a difficult maneuver for robots and one of the proudest achievements of the ASIMO development team. ASIMO can move its fingers individually, giving it tremendous dexterity. The ASIMO demonstration includes signing to a song

One of Japan’s best-known humanoid robots, ASIMO (the acronym stands for “Advanced Step in Innovative Mobility”) was unveiled by major Japanese automaker Honda in 2000. Thanks to subsequent development over the years, ASIMO has acquired a variety of new functions and can now perform many sophisticated tasks. Anyone interested in robots can view ASIMO at Honda Welcome Plaza Aoyama, in Tokyo’s Aoyama district. Demonstrations take place two or three times a day, starting with Uni-Cub, a chairstyle personal mobility device activated by shifting one’s weight, after which ASIMO, 130 centimeters tall and weighing 48 kilograms, makes its appearance. Along with giving a rundown of its development history, the robot displays its capabilities—running, jumping, and accompanying a song with sign language. The commentary is in Japanese, but English appears on-screen above the stage. Audience members can have their photo taken with ASIMO after the demonstration. At certain times of day they can also operate ASIMO via an iPad, ask the robot questions, or make it dance. There’s something for everyone to enjoy, adults and children alike. 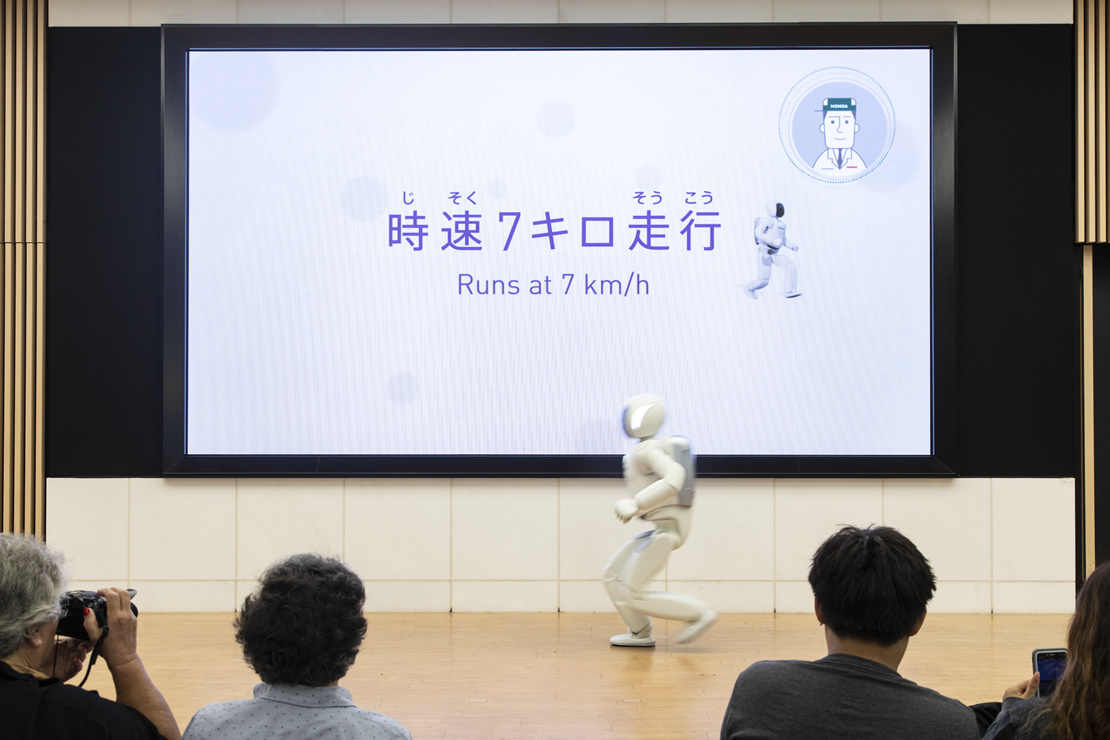 A low center of gravity helps ASIMO run effortlessly. Audiences are always surprised at how fast the little robot can hustle 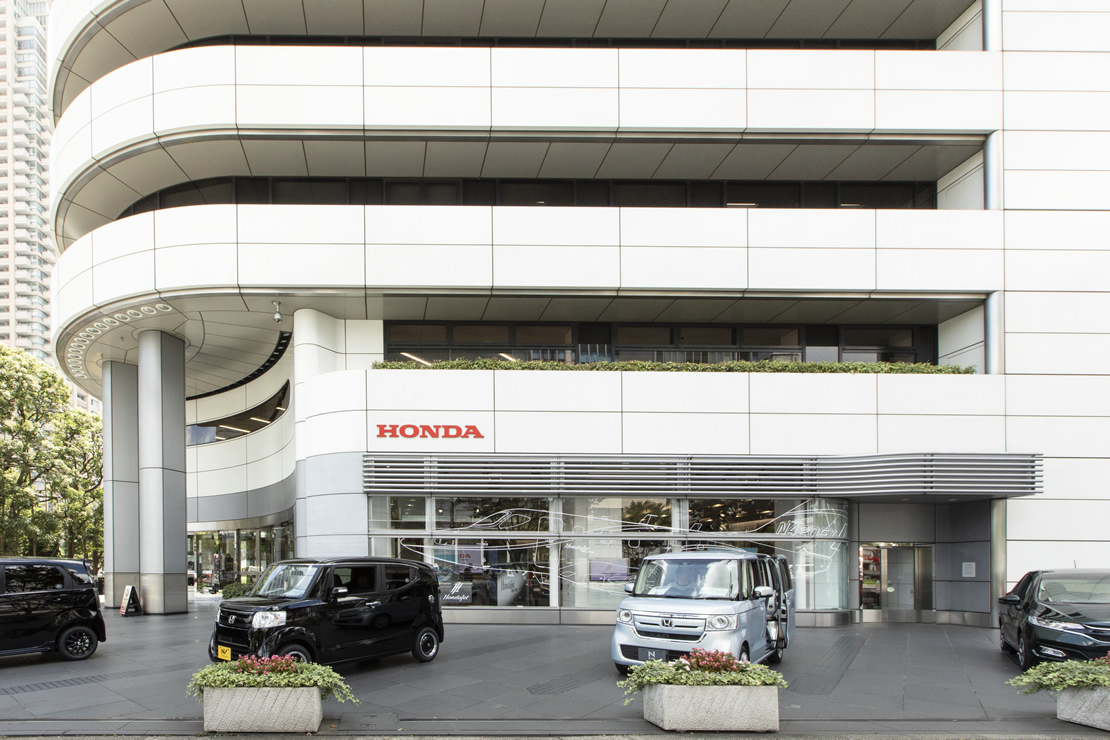 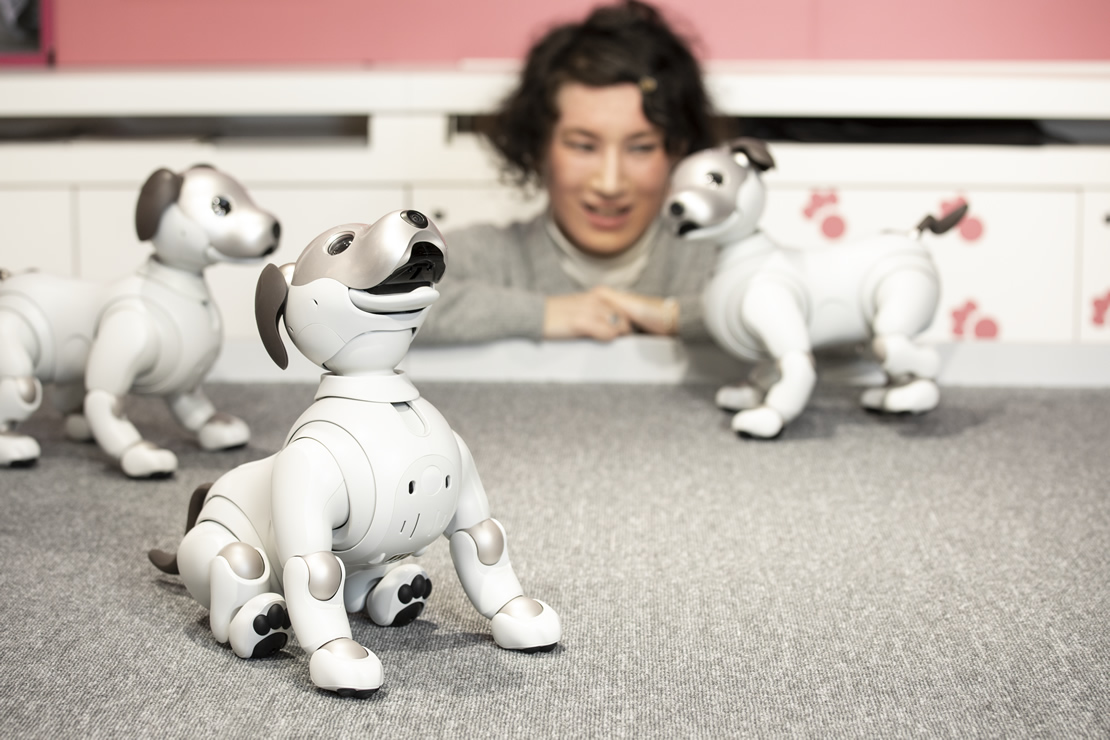 Meet aibo on the fourth floor of Sony Store Ginza. Three aibo robots, named Sakura (Cherry), Sora (Sky), and Mint for the color of their eyes, interact with visitors, displaying different personalities and styles of movement

Since making its retail debut in January 2018, the latest model of aibo has quickly won the hearts of consumers with its round eyes and cute gestures. Billed as a household entertainment robot, the original model was a hit when it was first released in 1999. When production ended in 2006 the news made headlines all over Japan. The new model features a rounder shape that makes it a closer approximation of a puppy. Owners can name their robo-pet, pick its gender, and choose an eye color from seven available options. Equipped with high-performance cameras in its nose and tail and a variety of sensors coupled with exclusive cloud-based Sony AI technology, aibo learns day by day, developing its personality and acquiring new skills as it grows. The nose camera enables the clever pooch to memorize the faces of up to 100 people, and the tail camera helps it navigate and learn the geography of its living quarters. Robot fans abroad eagerly await the arrival of aibo in their home markets, but as of this writing (July 2018), anyone who would like to meet aibo will just have to pay a visit to Sony Store Ginza. 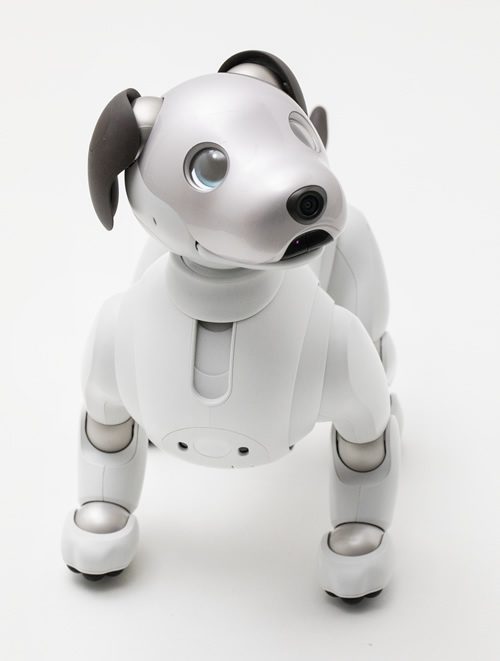 In the three months after the robot puppy went on the market, sales of aibo units passed the 11,111 mark. Users can program aibo to respond to either Japanese or English 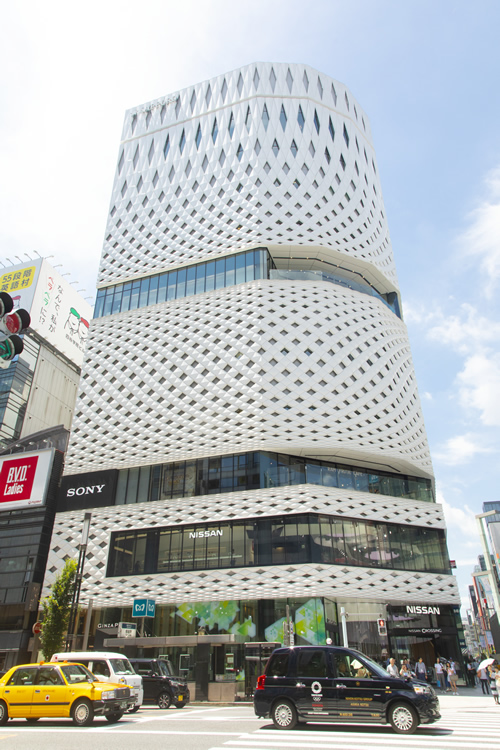