Envisioning a Future with Robots

Visitors can see robots up close in the “Create Your Future” zone on the third floor. One of the most popular attractions here is the demonstration by ASIMO, offered four times a day. Everyone cheers as the robot comes running onstage to start the demo. After talking about Geo- Cosmos and the history of bipedal robots, the personable humanoid shows off its moves. The demonstration ends with ASIMO asking the audience what kinds of robots they would like to live with. 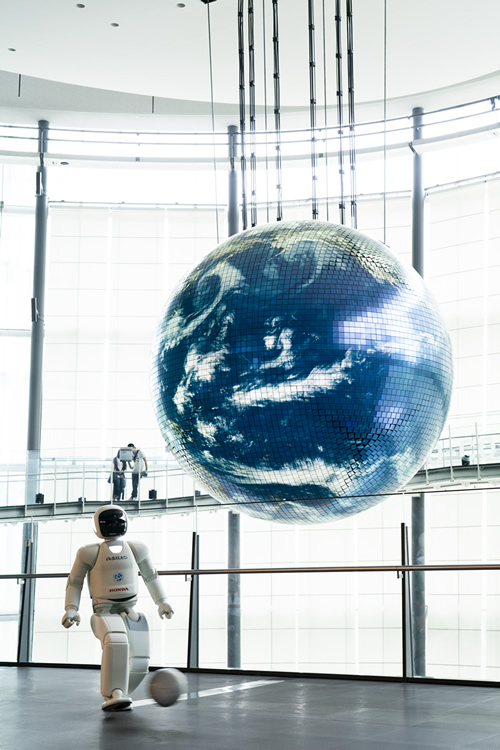 ASIMO gives a demonstration with the 6-meter-diameter Geo-Cosmos global display in the background. In this photograph, the robot scores a great kick. Other highlights include ASIMO doing a crab walk and signing the lyrics to a song 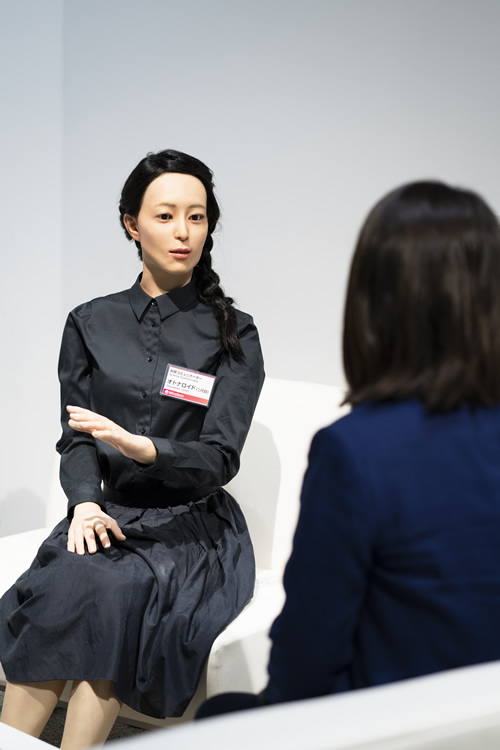 Otonaroid is a remote-controlled android. Operated from a nearby booth, it converses with the person in front of it 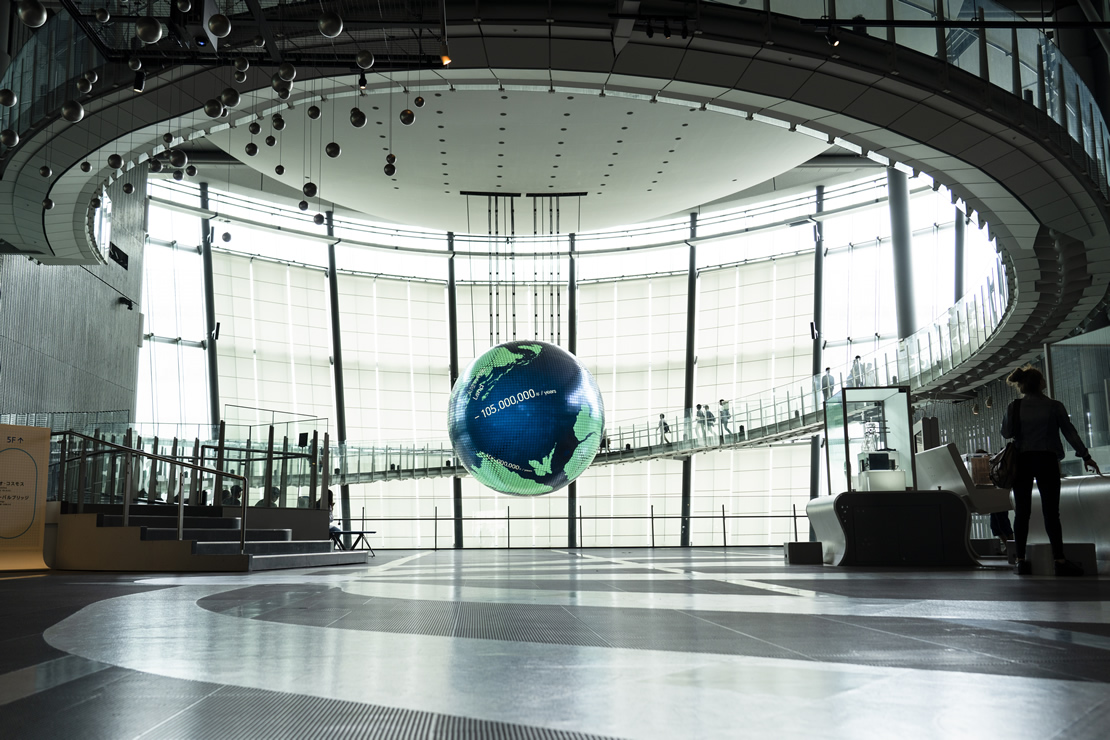 Miraikan: The National Museum of Emerging Science and Innovation https://www.miraikan.jst.go.jp/