In the capital city of Tokyo, the Toranomon area is a hub of government offices, business offices, and embassies. The name Toranomon is said to have originated from Toranogomon, the southern gate of Edo Castle that once stood here. In recent years, large-scale urban development has been underway, and cultural areas, including hotels, are being promoted.

Because of its hilly terrain, the Toranomon area is noted for its numerous slopes. The Okura Tokyo is located on a 2.6-hectare site surrounded by Reinanzaka and Edomizaka, two of the most well-known slopes among Tokyo residents. When the hotel opened in the fall of 2019 after extensive reconstruction work, half of the site area which accounts for about 1.3 hectares, was named “The Okura Tokyo Landscape”. This landscape won the Green City Award, a prestigious award sponsored by the Organization for Landscape and Urban Green Infrastructure, in September 2020. 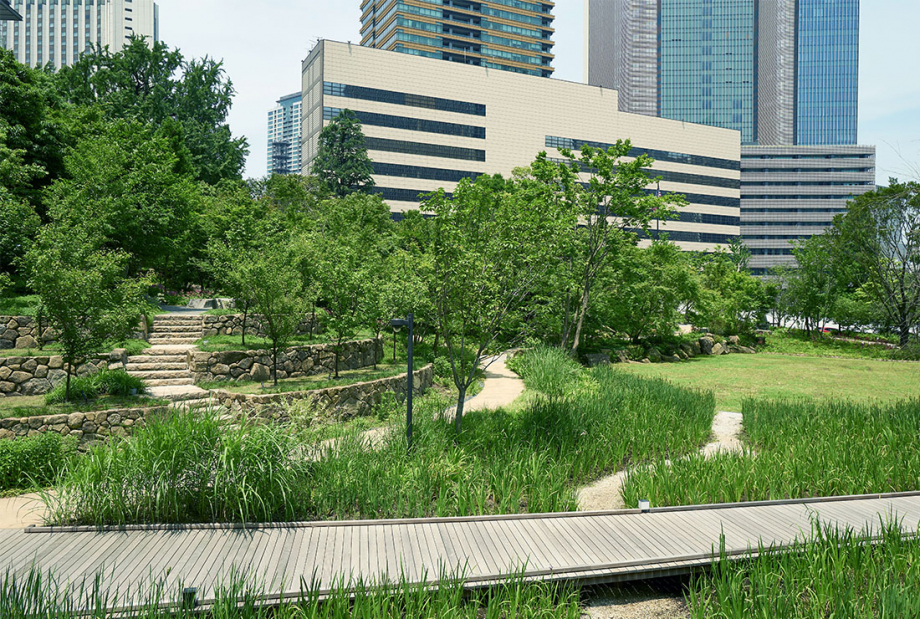 Okura Garden is opened as a public space with walking paths and benches from 5 AM to 11 PM.

The landscape, which takes advantage of its sloped location to create a dynamic natural setting, consists of two gardens. The first is “The Okura Garden”. With water as the key concept, the flow of water is expressed in an abstract touch through the usage of stones and gravel. The series of water basins, waterfalls, and wetlands were designed to create a continuous flow throughout the garden. The large gingko and camphor trees, which have been the symbolic trees of the hotel for many years, were transplanted as well. 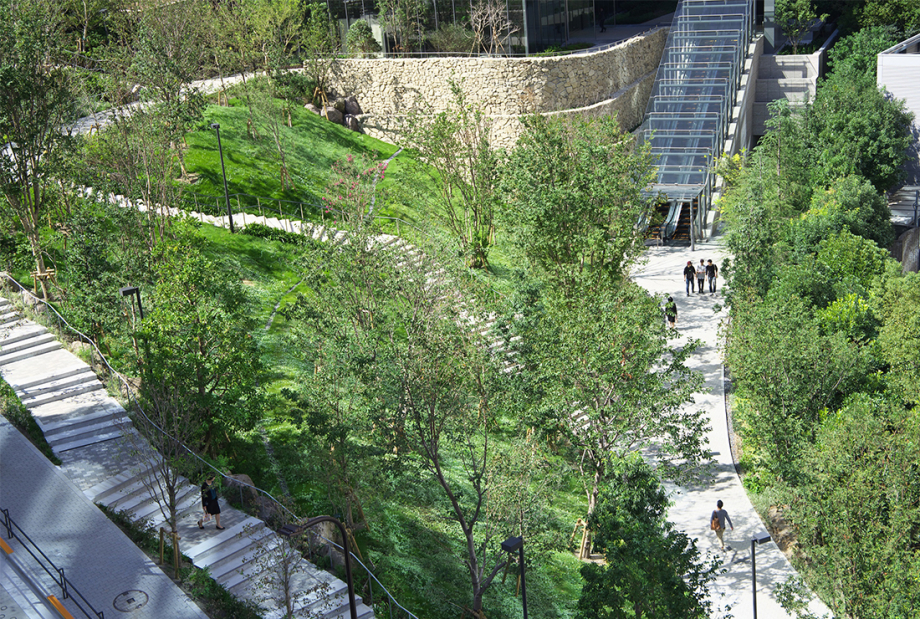 Edomizaka Park, covering 2,500 square meters of the area, had originally been specified as the City Planning Park, but had not yet been opened to the public. This time, the green space was developed by the private sector as the first application of the Tokyo Metropolitan Government and municipalities’ “Public Parks and Greenscapes Development Policy”.

The other is the “Edomizaka Park”. The park boasts an exquisite display of cherry blossoms, kousa dogwood, ginkgo trees, and other Japanese seasonal beauties. Meanwhile, its greatest feature is its disaster prevention function. The park is equipped with five manhole toilets in the plaza and a rainwater storage tank in the basement to serve as a designated evacuation site in case of disasters. 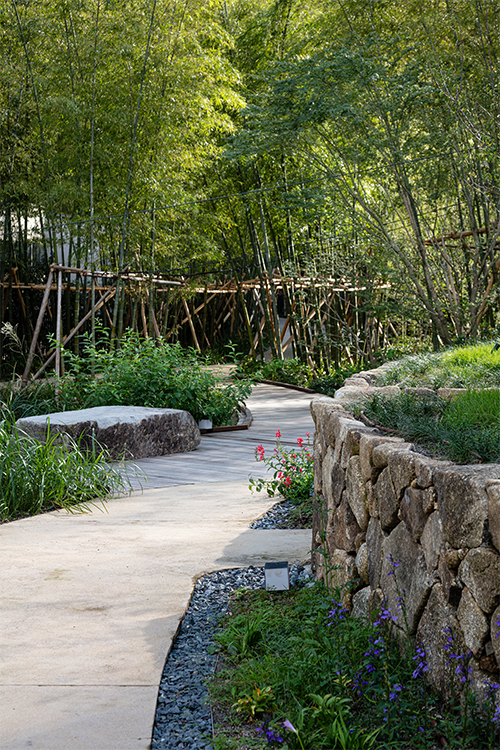 As an oasis in the city and a base for disaster prevention, the two gardens will grow together with The Okura Tokyo, to nurture a lush green future for Tokyo.