The town of Arita in Japan’s Saga prefecture has long been known for its 400 year-old history of Arita-yaki, the first ever Japan-made porcelain. Now, Arita is home to a unique gift packed with the beauty of the renowned porcelain ware culture―a box of artisan cookies.

When you open the sleek, sophisticated box, the colorful and elegant designs of Arita-yaki appear before your eyes. Although they look like ornaments that fit into the palm of your hand, they are indeed edible cookies with Arita-yaki printings.

All five cookies are decorated with different designs, each representing the style transitions of Arita-yaki over its history. The actual designs can be found in historic works from the collection of The Kyushu Ceramic Museum, which includes many Arita-yaki and other porcelain masterpieces produced in the Kyushu region. 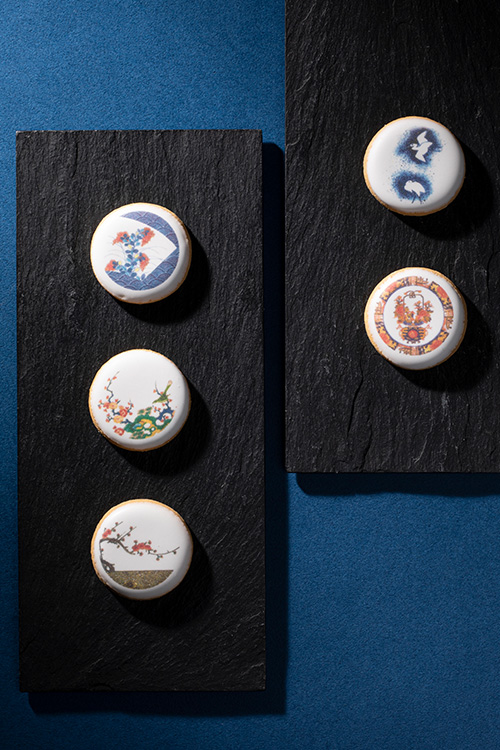 Arita-yaki has many design varieties that reflect the social backgrounds at the time of creation. For instance, the top right cookie in the above photo shows a motif from an Early Imari style Arita-yaki that was produced until around 1650. The history of Arita-yaki is said to have begun in 1616, when a Korean potter Li Sampyeong (Ri Sanpei) discovered a deposit of kaolin white clay in the Izumiyama quarry in Arita. The porcelain produced in the area soon came to be called Imari-yaki, named after the local port where shipments were made from.

The Early Imari style porcelain were decorated with simple blue designs on white, creating a soft impression. Colorful designs were made beginning in the 1640s, as shown in the photo above (bottom left) of Early Colored style (Early “Iroe” style) porcelain. The Kakiemon style (second from bottom left) was established at around the same time. Many works were exported, gaining wide popularity in Europe.

During the Edo period, the Kinrande style ( “Ko-imari Kinrande” style, second from top right) appeared in the Genroku era (1688～1704). Decorated with dark blue hues and rich accents of red and gold paint, the Kinrande style wares are bejewelled with elegant patterns of flowers and other motifs, reflecting the prosperous and glamorous era of Genroku. The Nabeshima style (top left) was created under Nabeshima domain’s strict administration as gifts and offerings to the Tokugawa shogun and various feudal lords.

Each cookie box includes a special leaflet that tells the stories behind Arita-yaki’s history, making it an ideal gift for craft and tableware-lovers as well as a treat to yourself. 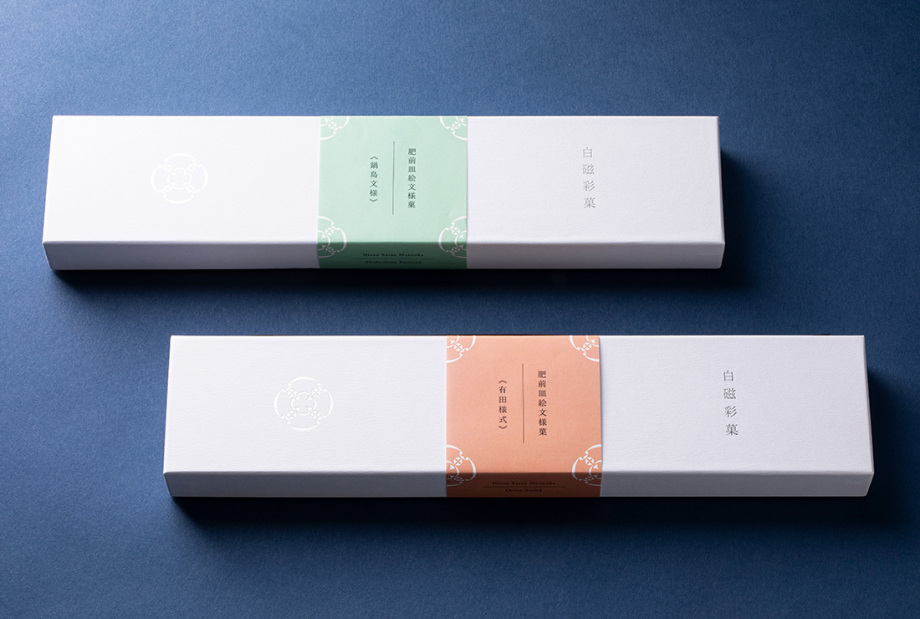 “Sometimes, discovering stories and learning about the history can give you a renewed appreciation of things you thought you were familiar with,” says Yuko Fukagawa who heads Tenmado, the creator of the Arita-yaki cookies. Born in Arita, Fukagawa rediscovered the charms of her hometown while working on community development and branding businesses in Tokyo. “There are many kilns in Arita where you can discover wonderful Arita-yaki ware. I hope these cookies will spark new interests in Arita-yaki and attract more visitors to Arita,” Fukagawa adds.

During the long public holiday week in Japan in April and May, Arita hosts its annual “Arita Toukiichi”, an Arita-yaki market that attracts more than 1.2 million visitors and 450 vendors every year. While this year’s market was postponed indefinitely due to the COVID-19 pandemic, local kilns and the community together hosted an online fair that attracted Arita-yaki lovers across the web. It looks like Arita’s culture of preserving the traditions while taking new and bold steps is the key behind how Arita-yaki flourished over its 400-year history.