Performed by three puppeteers per doll, a single narrator speaking all the roles, and one shamisen player providing the music, ningyo-joruri bunraku is a composite art form that packs a surprisingly powerful emotional punch. Dating back to the Edo period (1603–1867), this unique puppet theater was granted UNESCO Intangible Cultural Heritage status in 2008.

Ningyo-joruri bunraku flourished during the Edo period as a favorite pastime of the working people of Osaka, who were famously partial to top-quality entertainment. Bunraku’s designation as an Intangible Cultural Heritage may give it a somewhat highbrow image, but the repertory offers something for everyone, from ji-daimono period dramas of historical sweep to sewamono, which deal in the love affairs and other day-to-day interactions of ordinary city folk. Bunraku is about puppets powerfully enacting universally resonant stories accessible to people of any age or nationality. 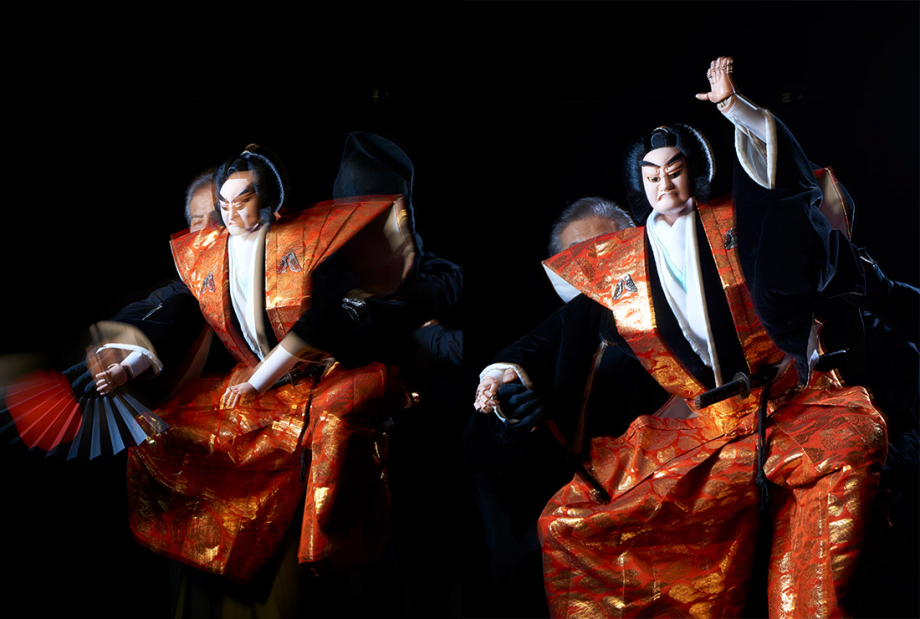 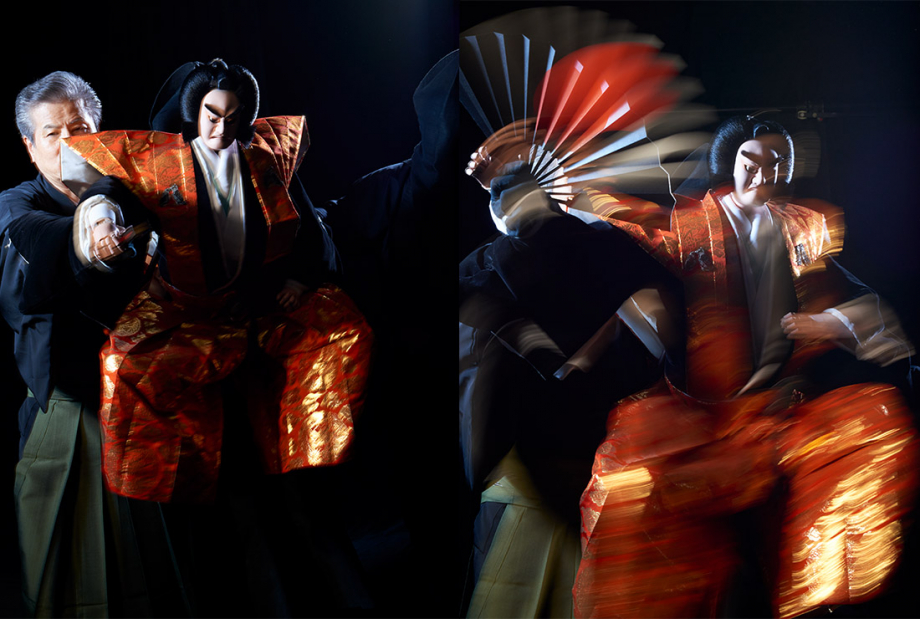 The warrior Kumagai Naozane in Ichinotani futaba gunki (Chronicle of the Battle of Ichinotani), with lead puppeteer Yoshida Tamao II. The puppet moves unfalteringly, as if of its own accord, the realistic action enhanced by its expressive eyes and fingers.

Of course, the puppets only come alive through the skills of the humans who manipulate them. And it takes three humans per puppet: the lead puppeteer or omo-zukai responsible for the head and right hand, the hidari-zukai who controls the left hand, and the ashi-zukai in charge of the feet. With the omo-zukai at the helm, the trio imbues the puppet with so much life that it seems even more human than a living actor. Though supposedly no more than a doll, it casts sideways glances, blinks, coyly tilts its head, grimaces in fear or anger, trembles and wails with grief. 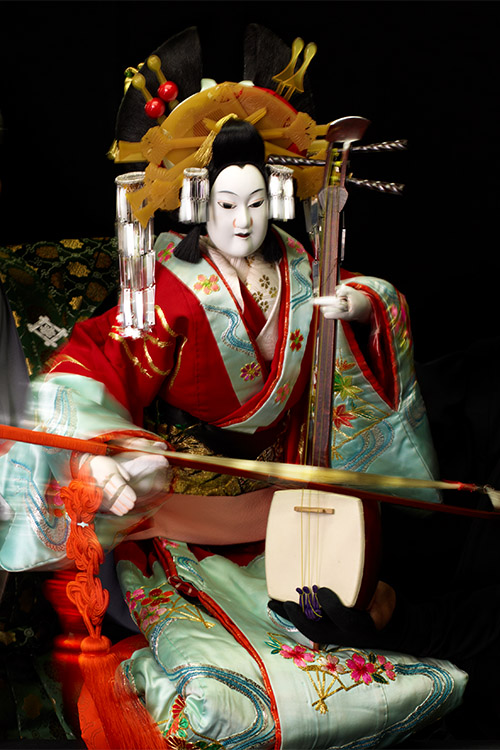 Akoya in Dannoura kabuto gunki (The War Chronicles of Dannoura)

Incredible though it may sound to those who have never seen a bunraku performance, one ceases at some point to notice the puppeteers at all—despite the presence of not one, but three of them per doll. 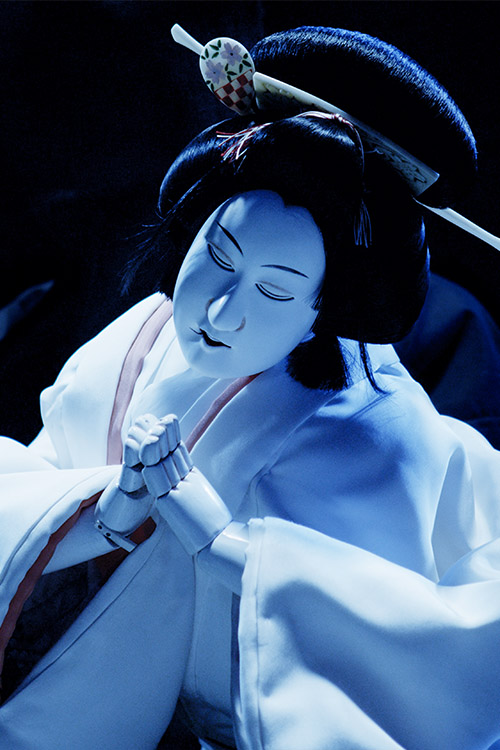 Ohatsu in Sonezaki shinju (The Love Suicides at Sonezaki)

When a character in a movie dies, we know the actor is really still alive. But when a bunraku character dies, the puppeteers leave the doll on stage and withdraw to the wings. Seeing that lifelike figure suddenly reduced to an inert, soulless object is a remarkably affecting experience. 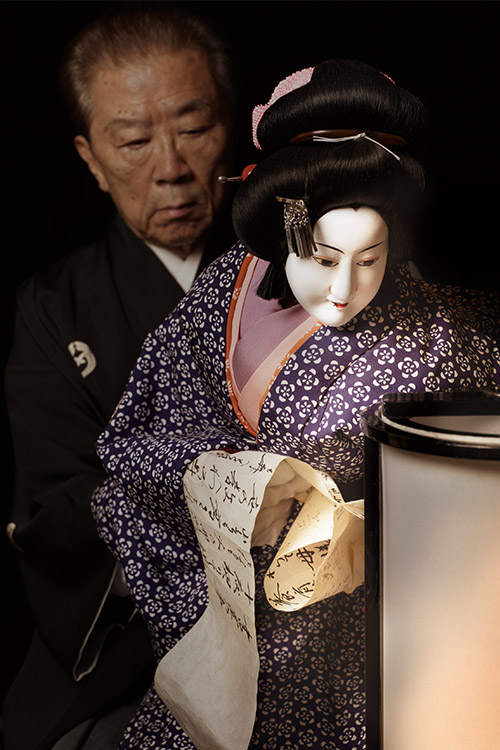 As we watch bunraku, we find ourselves empathizing with these dolls as they live, love, and lose their lives onstage. If they appear more human than humans, that is precisely what makes bunraku an art, and a captivating one at that. 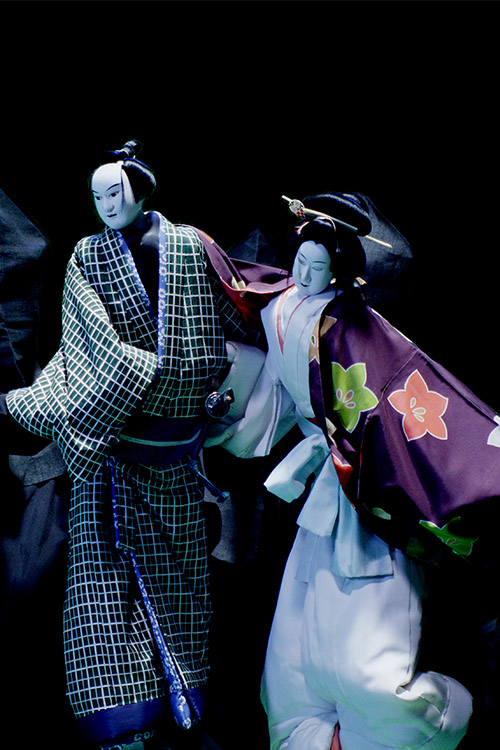 Bunraku performances take place every month except for March and October at either the National Theatre in Tokyo or the National Bunraku Theatre in Osaka (schedule subject to change due to COVID-19).

For more information, see the National Theatre of Japan website at
www2.ntj.jac.go.jp/unesco/bunraku/en

This article is an excerpt from Kateigaho International Japan Edition 2020 Autumn/Winter issue.