This week, let us introduce to you three kinds of auspicious patterns of nature, animals and plants.

Clouds affect the weather by their movements, bringing rain and snow to the earth. This mysterious power of clouds led people to believe that gods and spirits dwelled upon them. In ancient China, it was believed that clouds were the source of all universal things, and drifting clouds in the sky were considered a lucky charm. 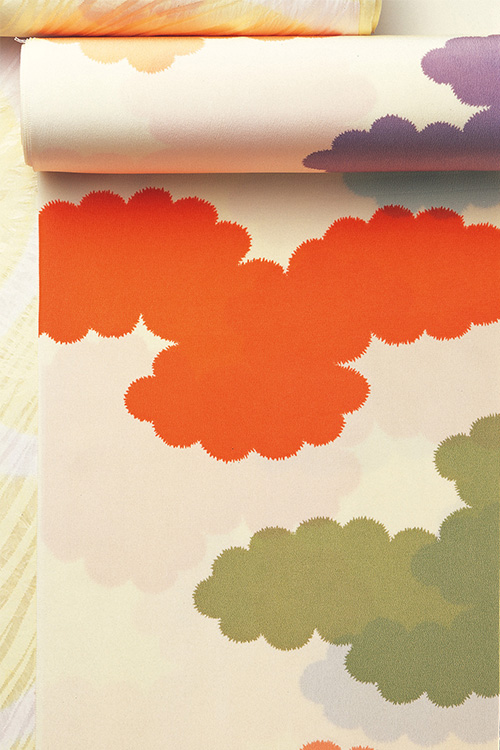 The photo shows a kumodori pattern on a nagajuban (full-length kimono undergarment).

As the Chinese influence reached Japan, clouds began to be used in various designs in the Asuka period (592-710). Although it became less common for clouds to appear as auspicious graphic designs today, the pattern is still alive in today’s kimono and obi.

Zui-un
Zui-un is a collective term for cloud patterns that are used in auspicious contexts. From ancient times, people have been giving clouds both lucky and unlucky meanings. Clouds have different names depending on their ever-changing shapes. 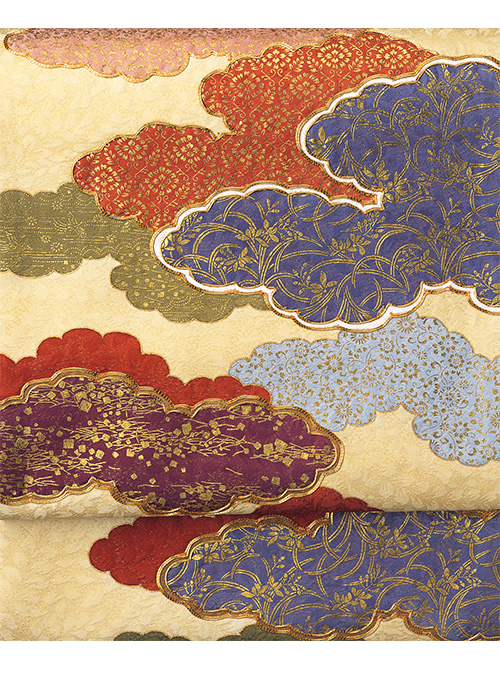 Kumodori
Soft, drifting clouds are depicted in outlines and colors in kumodori patterns. Kumodori is often combined with plant and flower patterns placed inside or around the clouds. 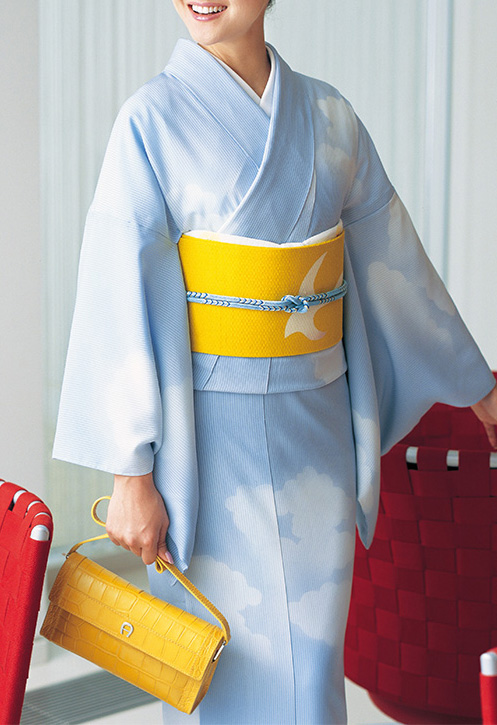 The cloud pattern on this casual komon kimono for summer looks like cotton candy floating in the soft blue sky. Matched with a vivid yellow obi with a swallow silhouette, the pair makes a perfect outfit for a casual summer outing.