This week, let us introduce to you three kinds of auspicious patterns of nature, animals and plants.

Due to their affectionate nature for its partner, oshidori (mandarin duck) have long been considered a symbol of an eternal love for married couples in China. For similar reasons, married couples in loving relationships are referred to as “oshidori-fūfu” in Japan. 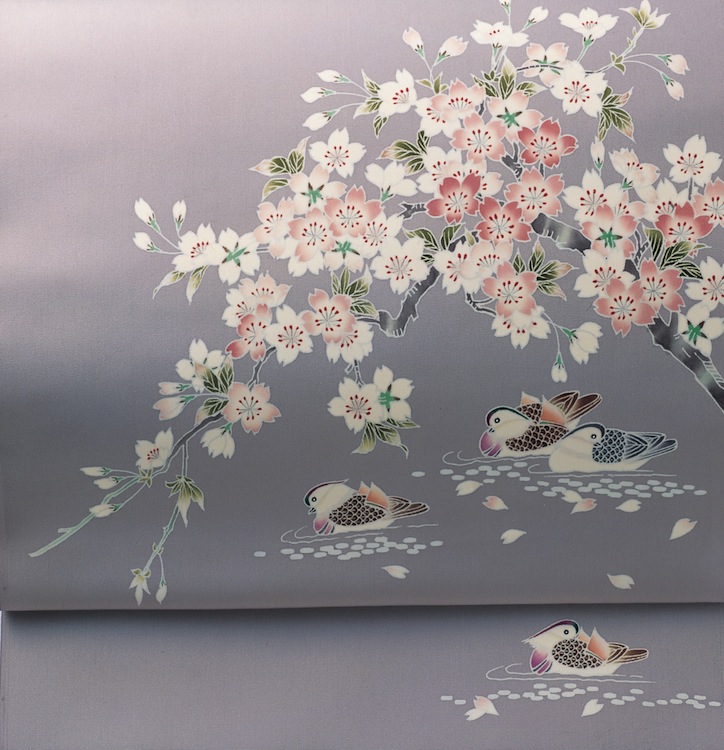 It is no surprise that the ducks have been used as auspicious patterns in Japan for a long time. The pattern was commonly designed on Noh costumes and kosode (a type of narrow-sleeved kimono worn typically until the Edo period) around the Momoyama period (1573-1603) to Edo period (1603-1867).

En-ou-mon (Duck patterns)
Mandarin ducks are usually depicted in pairs when used in patterns, often combined with waterside sceneries. In the past, the most common design was that of a male bird with his beaks open and female bird with hers shut. This design was thought to represent a harmonious relationship between a couple based on mutual understanding. 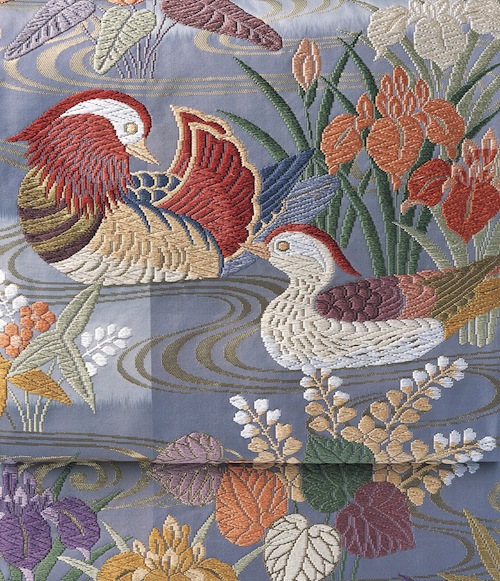 Today, both male and female birds are often designed with their beaks closed. The traditional pair pattern can be seen on formal kimono and obi to this day.

This gorgeous obi pattern shows pairs of mandarin ducks floating among the waves. Each bird has different expressions brought to life through meticulous craftsmanship.