Waritsuke is a technique used to construct patterns. The same graphic is  repeated horizontally or diagonally to fill in an outlined space or the entirety of the textile. Though simple, the same pattern appearing repeatedly works as an eye-catching design for numerous Japanese goods, be it kimono, obi, woven patterns on white kimono textile prior to dyeing, furoshiki (square fabric used as bags and wrapping materials), or thongs on Japanese sandals. 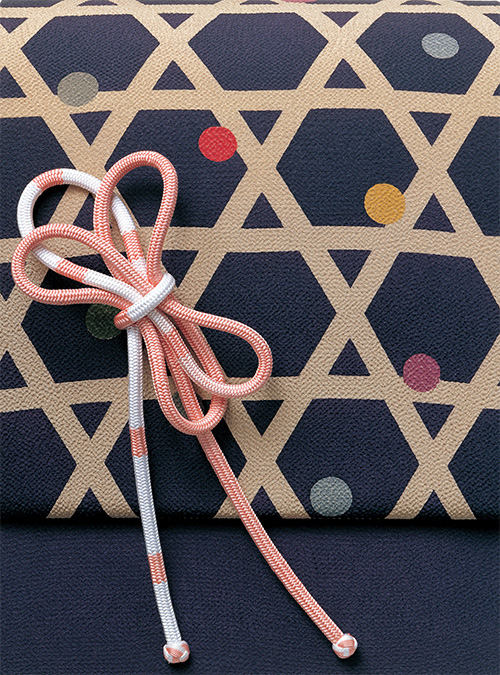 In this article, we will take a look at some of the most traditional waritsuke patterns. Other popular waritsuke patterns include asa-no-ha (diamond-shaped hemp leaf pattern), uroko (scales) and ichimatsu (checkered pattern), to be introduced later in Part 14 and 15 of this series.

Kagome
This pattern is a graphical representation of a mesh surface of a basket made with bamboos and other materials. Originating from the kikko (tortoise shell) pattern, often used on katabira (light, single-layered summer kimono) worn by samurai in the days of the warring states, the pattern later came to be known as kagome, likened to the mesh texture of a basket.

In the Edo period (1603-1867), it was believed that kagome had powers to fend off ogres, making the pattern a protective charm designed on yukata (casual cotton kimono originally worn after bathing) and other garments. The pattern is usually used in combination with illustrations of animals and plants.

【Recommended season for wearing this kimono pattern】
Summer, all year round 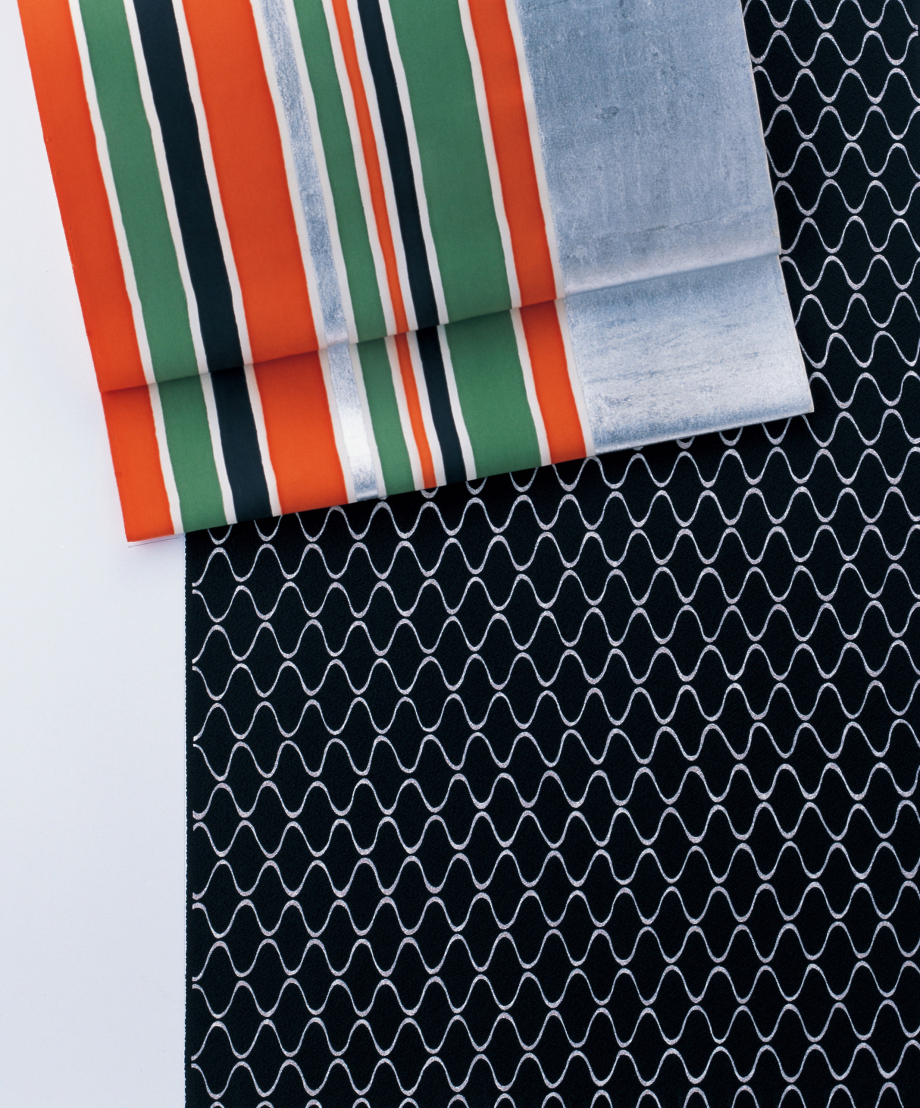 Amime
Amime is a geometric pattern based on fishing and bird hunting nets. The continuation of rhythmical, wavy lines make a beautiful pattern. Amime came to be used as a pattern in the Edo period, not only on its own but also combined with fish motifs on yukata and other items. In addition, the pattern was used on crests for the samurai. It was thought to bring in a sweeping victory, based on a Japanese saying “ichimou-dajin” (to catch a herd of fish with one throw of the net).

【Recommended season for wearing this kimono pattern】
Summer, all year round 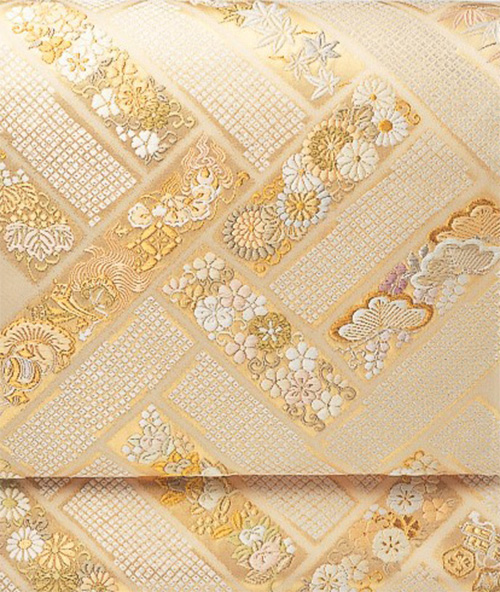 On this formal obi, the higaki pattern is effectively designed with Edo period patterns filling in the spaces inside the outline, making it an attractive design.

Higaki
Higaki is a fence made out of thin strips of Japanese cypress branches. The higaki pattern represents a close-up of the woven pattern on the fence and is a coveted design for kimono, obi and patterns on white kimono textile prior to dyeing.