Uroko pattern consists of repeated equilateral or isosceles triangles. Combining triangles by their sharp edges creates another set of triangles in between. The name of the pattern came from its resemblance to fish and snake scales. 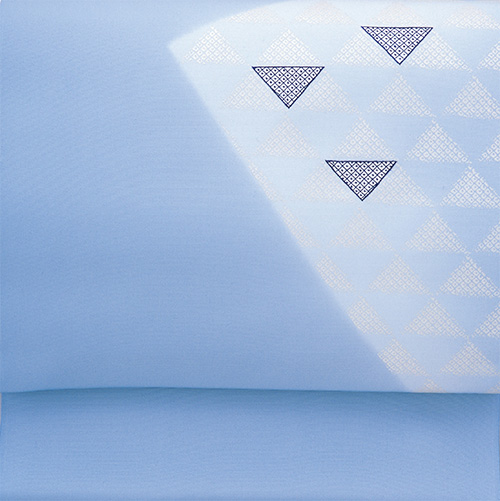 As the pattern is simple and easy to recreate, it has been around across the world since ancient times. In Japan, the pattern was seen on the walls of ancient tombs and on clay figurines. The battle standard of Hojo Tokimasa, a shogun of the Kamakura period (1185-1333), bears a pattern named mitsu-uroko (“three scales”), consisting of three triangles.

From the Muromachi period (1336-1573) on, the pattern was often seen on Noh costumes and battle surcoats. Today, uroko designs are used on Noh and kabuki play costumes for female ogres and incarnation of snakes. 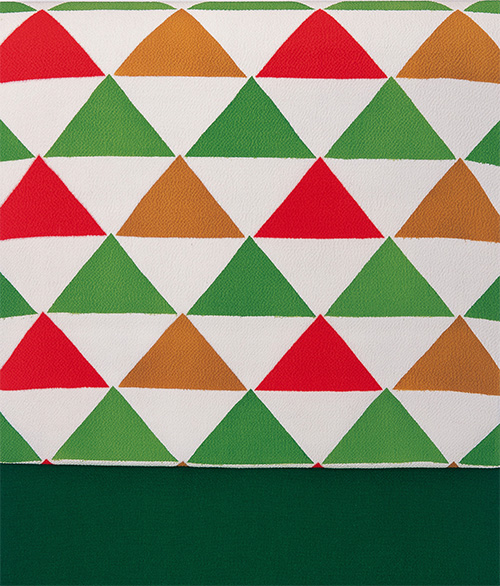 Uroko mon (scale pattern)
The basic uroko pattern is made out of repeated triangles with alternating colors.  It usually consists of same-sized triangles, but today there are numerous variations, and the name has become a collective term for patterns with triangle motifs. 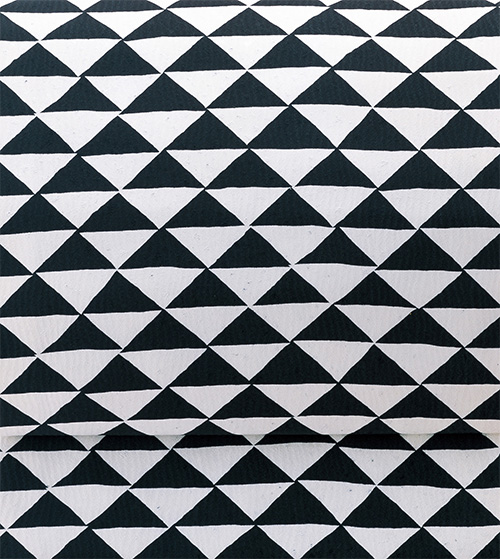 The pattern is used widely on kimono, obi and other accessories for kimono attire. Variations of the uroko mon include those with additional patterns inside the triangles, as well as patterns with some of the triangles more emphasized than the others. 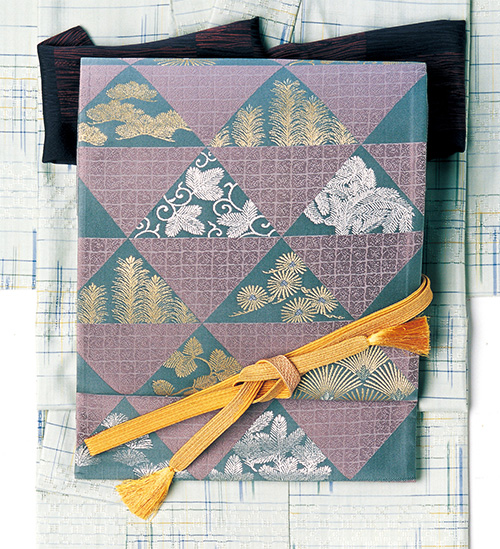 It is said that the triangle pattern represented demons and illnesses since ancient times, and people tried to ward off evil and other detested existences by deliberately drawing triangles on tomb walls and other objects, to signify evil succumbing to the gods. 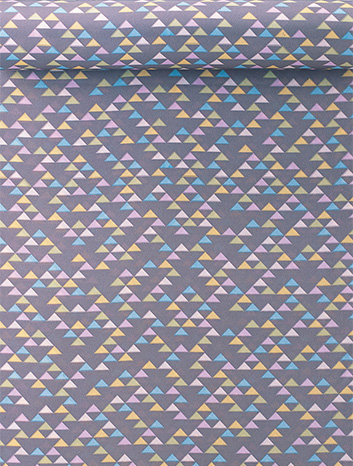 Over time, triangles came to be used as a protective charm against misfortune. To this day, there is a custom in Kyoto of women wearing uroko-patterned naga-juban (full-length kimono undergarment) when they turn 33, an age considered unlucky for women. 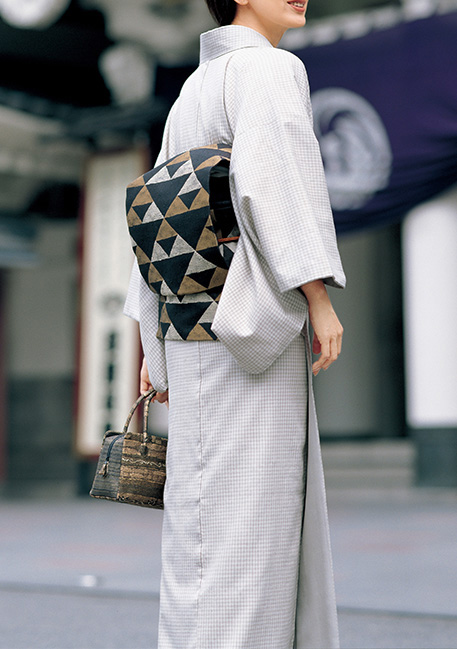 When seeing Noh and kabuki plays, wearing a kimono inspired by the program of the day adds to the enjoyment. In the Noh play “Dojoji”, the possessed spirit of a female dancer appears in an uroko-patterned costume. The kabuki play “Kyoganoko Musume Dojoji” features Kiyohime, a woman who turns into a snake spirit also wearing an uroko-patterned costume.