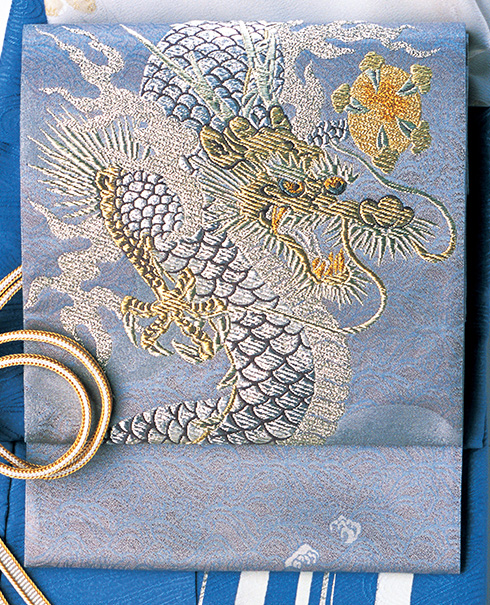 The dragon, along with the phoenix, is an ancient creature born in ancient China. It was believed that dragons would fly up to heaven and make the rain fall. Its appearance is said to be based on multiple existing animals―horns of a deer, head of a camel and claws from a hawk were the motifs combined to create the dragon form.

In China, phoenix, qilin (Chinese unicorn), turtle and dragon have been revered as auspicious animals that appear in times of celebrations. 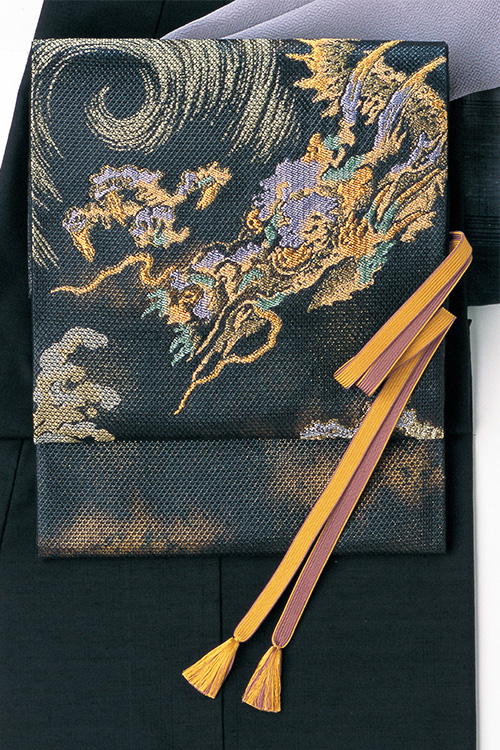 In addition, dragon is among the four gods that protect the four compass points. The Azure Dragon is said to rule over the east. Realistic depictions of dragons were said to have been brought into Japan around Asuka period (592-710).

Ryu-mon (Dragon pattern)
The way people have depicted dragons have changed over time in China, ranging from a snake-like shapes to those with scales, long tails and wings. In Japan, dragons commonly have a body covered in scales, with long horns and whiskers. 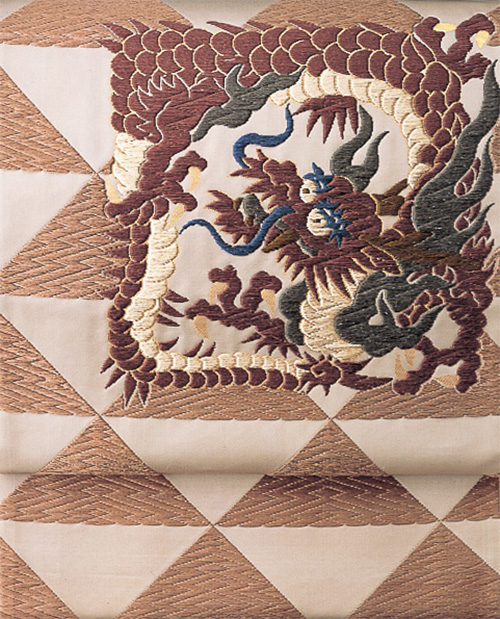 This kakuryu-patterned obi shows a dragon in a square shape with scale patterns. An obi with an auspicious pattern, the item is best matched with a formal kimono.