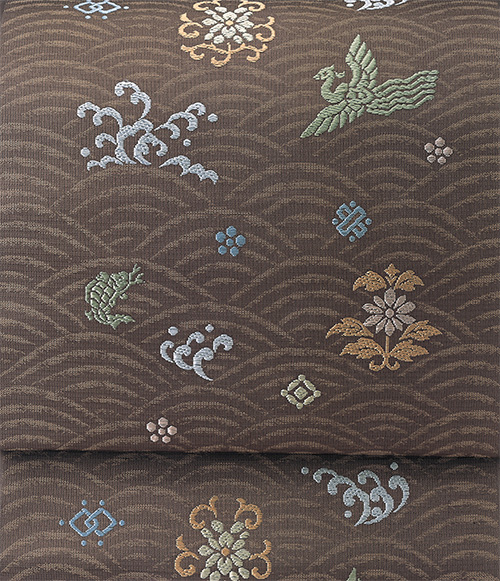 Wave crests on the surface of water are arranged geometrically in seigaiha patterns. Seigaiha is one of the patterns that has been around for a long time.

The name is said to have come from a gagaku (Japanese classic court music) program with the same name. The pattern was popularized in mid-Edo period(1603-1867), after a lacquerware artist named Seikai Kanshichi used a special brush to skillfully paint this pattern.

Seigaiha-mon (Wave pattern)
Seigaiha-mon, or wave patterns, can also be seen outside Japan, in various places across the world including Egypt and Persia. Concentric circles are layered to create this fan-shaped geometric pattern. 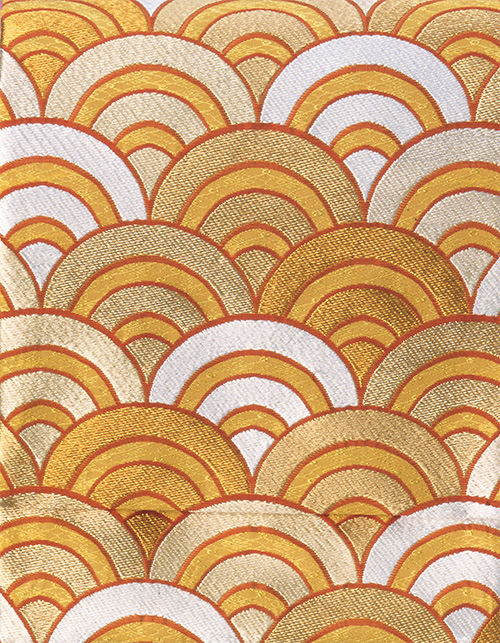 From ancient times, the pattern has been used for garments illustrated on clay figurines, pottery, lacquerwork and costumes for bugaku (Japanese court dance and music) and Noh, as well as kosode (type of narrow-sleeved kimono worn typically until the Edo period). In addition to the basic seigaiha pattern, there are many variations including one which depicts shochikubai (combination of pine, bamboo and plum) instead of circles. 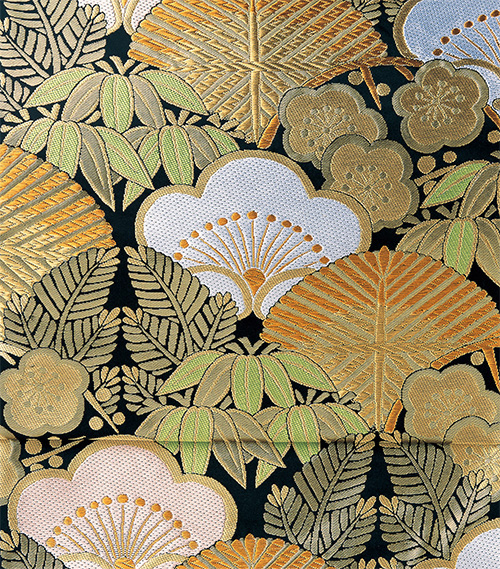 Yabure Seigaiha (Broken wave pattern)
This is a seigaiha pattern but with parts that break off here and there. The photo shows a yabure seigaiha on a naga-juban (full-length kimono undergarment). 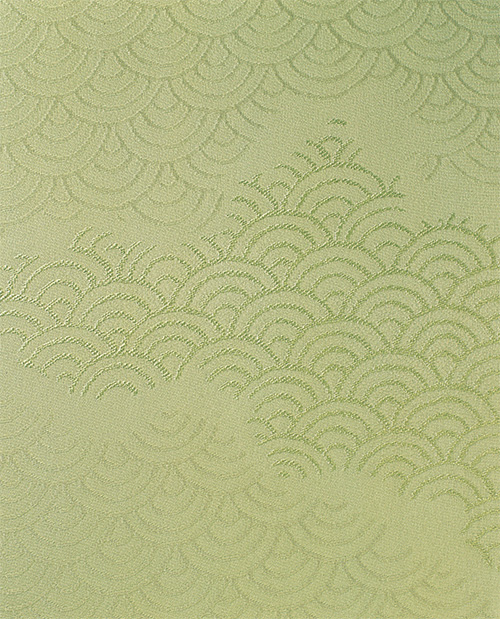 【Recommended season for wearing this kimono pattern】
All year round, summer and New Year’s Day