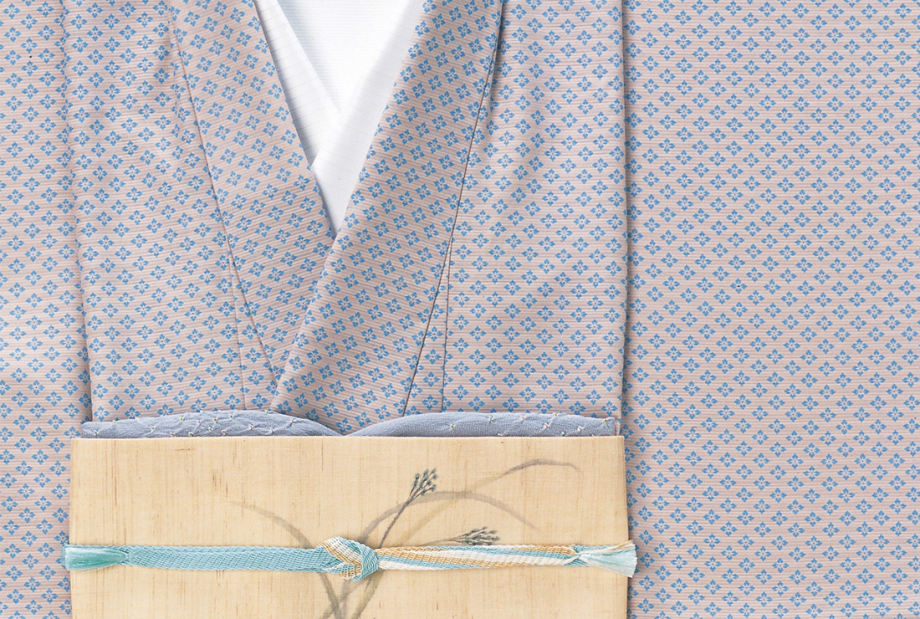 The diamond shape, composed of four slanted lines, is called hishi in Japanese. When the shape is arranged in a sequence, the pattern can be called in alternative names such as naname-goshi (slanted diamond grid) and tasuki pattern. Some say that the diamond pattern was derived from water weeds growing in ponds and swamps, while others say it is a graphic representation of water chestnuts. Found on earthenware from as far back as the Jōmon period  , the pattern has long been used to add art to various items.

The hishi pattern became the most popular in the Heian period when the court nobles began using it for their costumes as one of the yusoku patterns. It became one of the most widely used geometric patterns and was designed on dyed and woven fabrics as well as crafts.

>Yusoku patterns refer to traditional decorations used for costumes, furniture and oxcarts for aristocrats from the Heian period.

From the simple hishi shape, many variations have emerged over the years ― hanabishi (diamond with a four-petaled flower inside), mukai-tsurubishi (two cranes with their wings spread out facing each other inside a diamond; see Tsuru article here), and yotsubishi (four diamonds combined), just to name a few.

Hishimon
Hishimon is the collective term for various patterns where the hishi shape is used in repetition. Patterns with small hishi shapes in a sequence, like the one shown in the photo above, is widely used in dyed kimono such as casual komon kimono. Meanwhile, more refined yusoku patterns with hishi shapes are used on obi (sash) for formal wear. 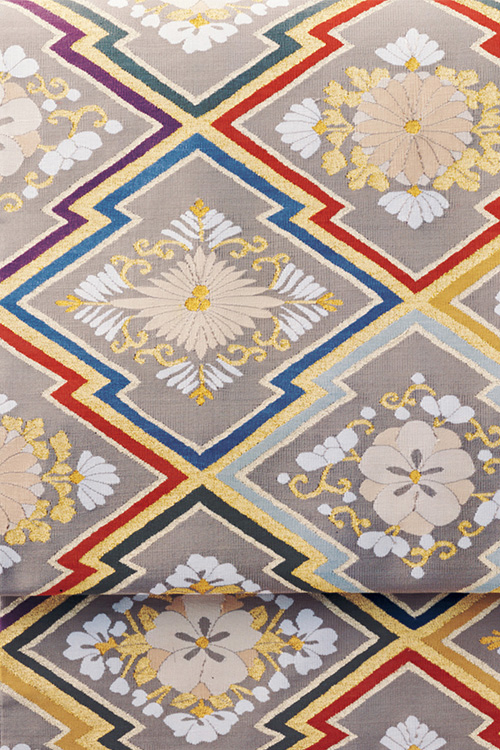 This pattern (shown in the photo above and below) shows large hishi with smaller hishi shapes attached above and below. The name is said to have come from how the pattern looks like the bark of a pine (matsu) tree peeled off. 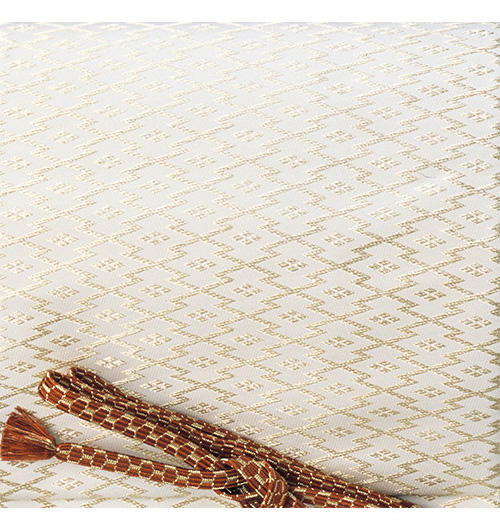 Hanabishi
A four-petaled flower inside a diamond frame, the pattern is often used in combination with other patterns. Its elegant shape makes it versatile for woven patterns on white kimono textile to be dyed, and woven patterns on obi. Four hanabishi combined into one hishi shape is called yotsu-hanabishi. 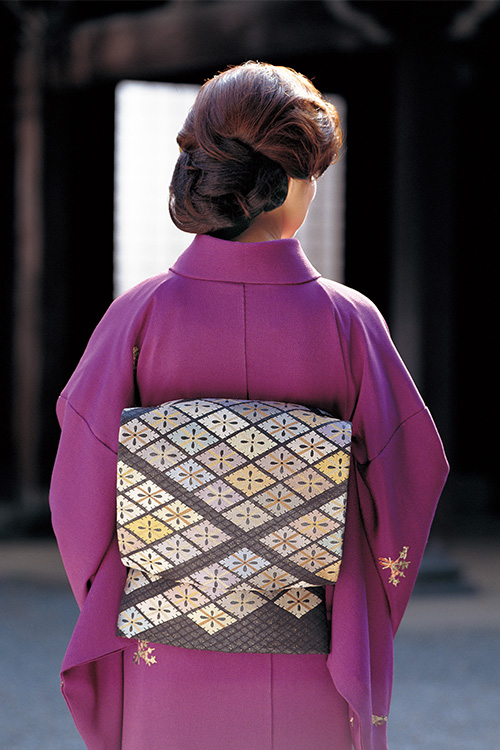 This simple kimono with small embroidered flowers matches perfectly with the black obi with woven hanabishi patterns. The soft look of the kimono contrasts well with the sharp patterns on the obi.