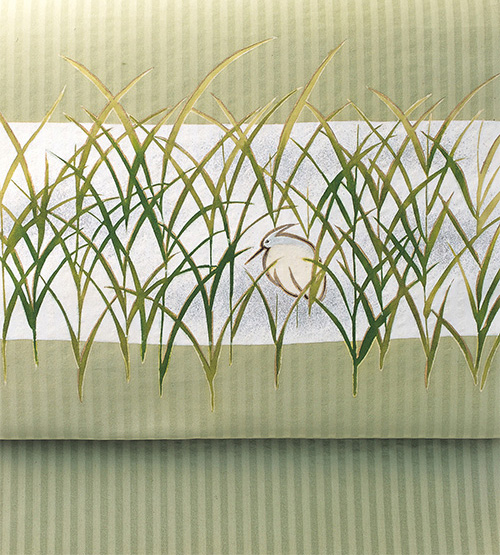 In Japan, where the four seasons are clearly distinguished, seasonal blooms, plants, and trees have long been used as patterns for kimono and obi. After the Taisho period (1912-1926), Western flowers were added and the patterns on kimono and obi became even more vibrant and gorgeous.

Here we introduce 4 plant patterns that are perfect for summer.

Ashi (Reed)
The pattern of the reed, a plant that grows near water and is similar to Japanese pampas grass, has been popular since ancient times. It has been designed as a pattern with plovers, waves, boats (see article here), egrets, and others.  A combination of reed and goose (kari) motifs is called an ashikari pattern. 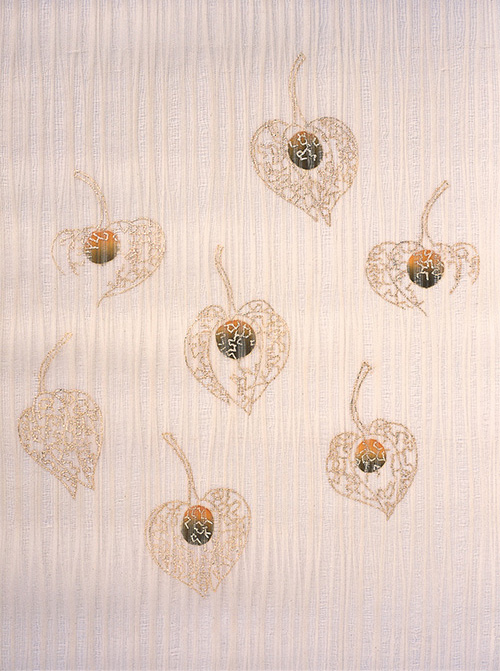 Hozuki (Chinese lantern plants)
Every year in early summer, hozuki markets are held in many parts of Japan, and even today, during the Obon festival, hozuki branches are displayed as they portray lanterns that guide the spirits said to return from the dead. The obi in the photo depicts how the sheer, mesh-like peel reveals the red fruit inside. 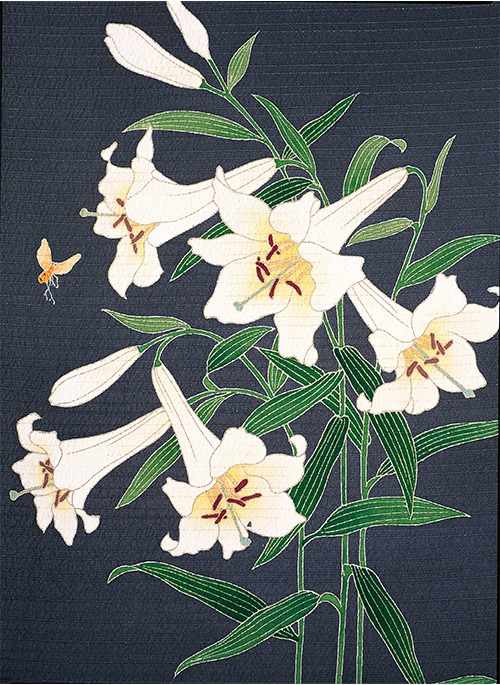 Yuri (Lily)
In Christianity, it is customary to offer white lily as a holy flower to the Virgin Mary. Even in Japan, lilies can be found in mythological stories of the Kojiki, and numerous poems in the Man’yoshu. Even today, realistically illustrated lilies can be seen in kimono and obi patterns. 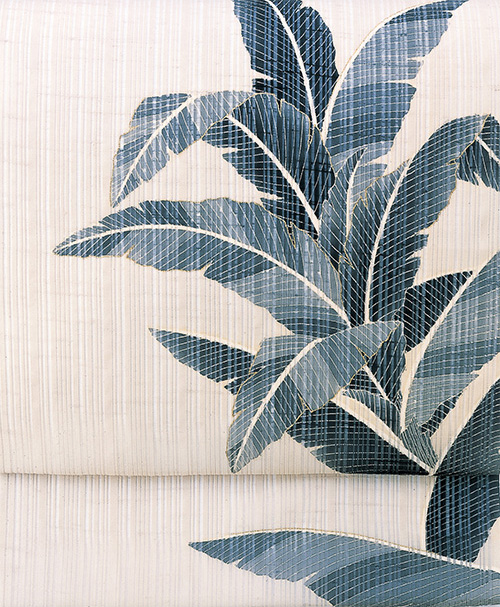 Basho (Japanese banana plants)
The ito-basho, which grows in some parts of Okinawa, can grow up to 4 meters. Its distinctive large leaves are designed into patterns for traditional bingata textile and summer obi. Basho-fu is a summer textile that is woven using fibers of ito-basho.