Since ancient times, it has been believed that the springtime of a year with heavy snowfall allows for an abundance of melt water leading to good rice crops. Snow has been considered a pure and auspicious symbol of winter. 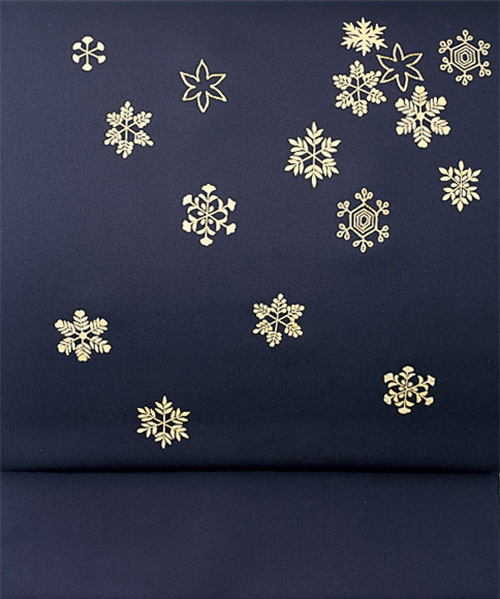 This obi replicates the snowflake pattern on an inrou pill box from the Edo period, designed with maki-e lacquer technique. The snowflakes are expressed in gold leaf or paint.

The use of snow as a pattern dates back to the Muromachi period (1336-1573). At the time, the snow pattern was associated with the winter season, but nowadays it is also used in summer. This may be due to the sensibility of Japanese people, who seek for a sense of coolness from snow through associating it with the cold winter season.

Yukiwa
A pattern that represents a snowflake, resembling a round six-petaled flower. There are six large hollows, some of which are filled with seasonal plants. As spring approaches, the snow built up on plants gradually melt, and the remaining snow becomes sparse. The lingering snow was called hadare-yuki (mottled snow), which was used as a sign of the arrival of spring. The yukiwa pattern is said to have been designed after the hadare-yuki, giving rise to the snowflake pattern. Today, the snowflakes are used in countless kimono and obi, and are also popular as a pattern for yukata. 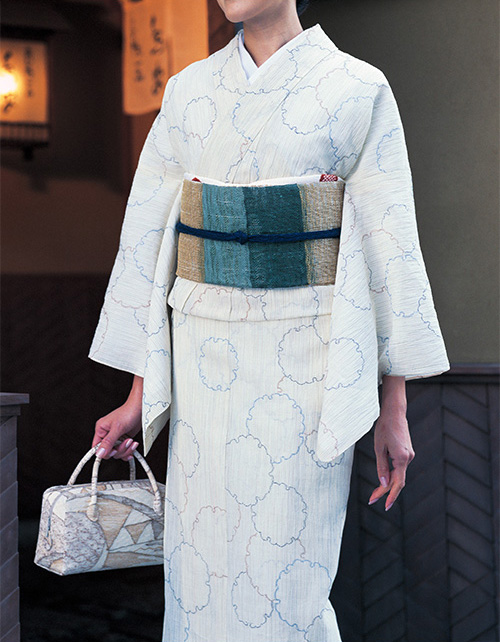 Yukiwa-dori
This is one of the patterns derived from the yukiwa pattern. Since the Edo period (1603-1867), the method of freely morphing the size and shape of the yukiwa has been used as accents in patterns of yuzen dyed kimonos. 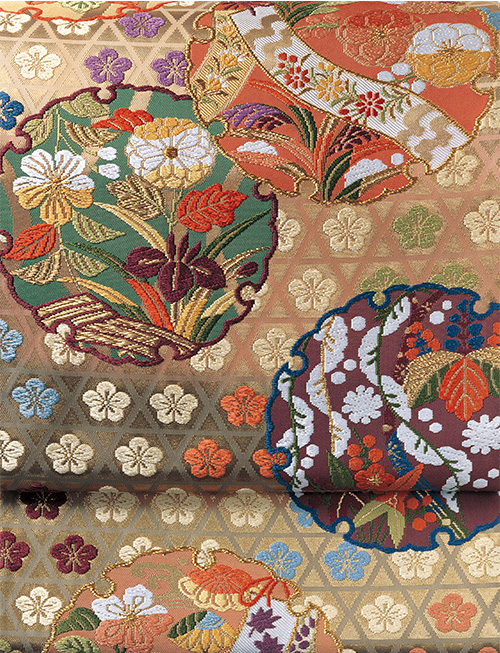 Sekka (Snow flower)
When snowflakes were first observed in Japan using microscopes in the late-Edo period, a variety of snowflake patterns were created. The sekka pattern shows the shape of snowflakes arranged like flowers. 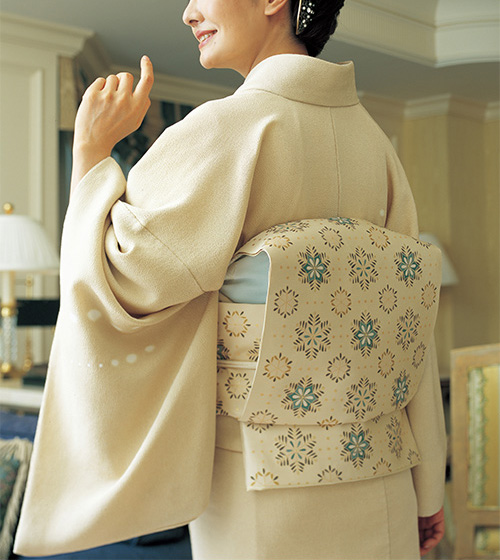