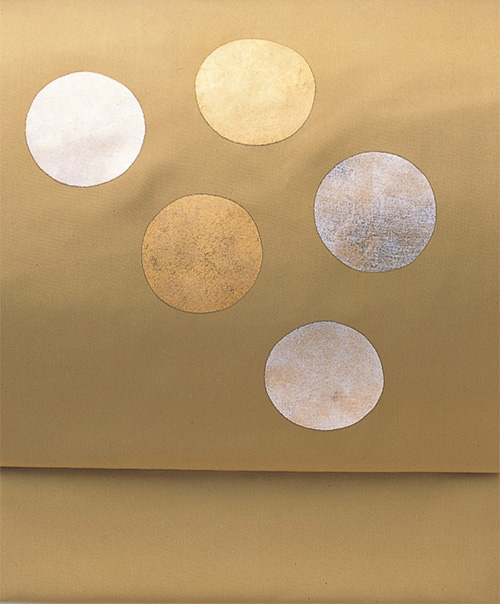 An obi with a simple and beautiful motif of the sun and moon drawn on a bowl by Rosanjin.

The natural motifs used in kimono and obi include a variety of objects such as the moon, stars, clouds (see article here), landscapes and more. Some of them were developed as designs from elusive forms, for example, haze, rain and flowing water, illustrating the delicate Japanese aesthetics. It is said that the use of such natural phenomena began in the Asuka (592-710) and Nara (710-794) periods.

Let us introduce five types of natural patterns, including moons, stars, and shapeless lightning bolts, which have been objects of worship since the primitive era.

Tsuki (Moon)
Since ancient times, the sun and the moon have been objects of worship and symbols of power. In the Heian period (794-1185), people started to divine astronomy and calendars, and the sun and the moon began to be incorporated in designs and used as patterns. Especially, the moon is still widely seen today, in obi designs for example. 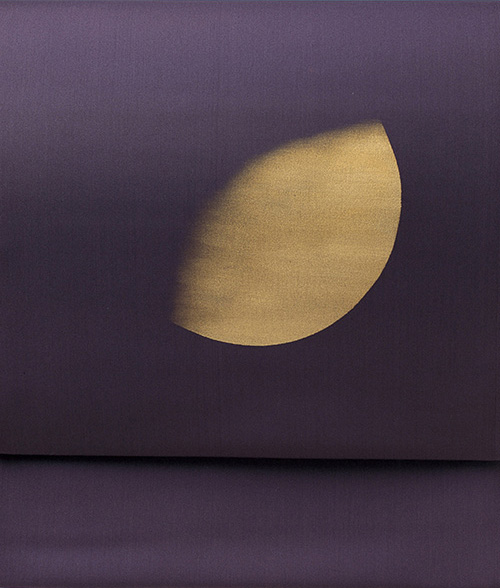 Hoshi (Star)
During the Heian period, worshipping the Big Dipper, which was believed to protect the North Star, was popularized and further led to the development of star patterns. A variety of star patterns were created, but as of today, the most popular are playful patterns based of star-shaped motifs. 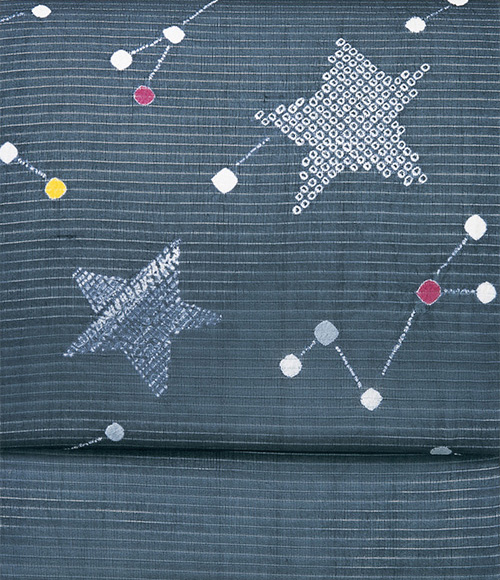 Inazuma (Lightning)
This pattern representing the forms of thunder and lightning is often depicted with bending straight lines, seen in many Noh costumes of the Momoyama period (1573-1603), said to be worn by fierce characters.

Another type of the thunderbolt pattern is a signature ancient Chinese pattern of spirals expressed by squares. Such patterns can also be found on Chinese culinary vessels. 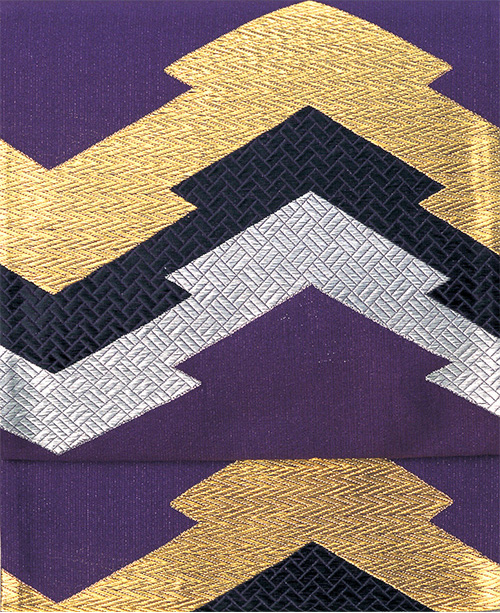 Musashino
Musashino is a pattern of the combination of Japanese pampas grass and the moon, depicting a taste of autumn.

It became popular as a subject for paintings in the Momoyama period and was used on kosode (a type of narrow-sleeved kimono) in the Edo period (1603-1867). A combination of the moon and the Japanese pampas grass is common, but there are also some that portray only a field of pampas grass, or combined with Mount Fuji.

A modest obi with a faintly illustrated moon and Japanese pampas grass on a plain colored background. Coordinated with a sheer kimono with a pampas grass design, the style appears to convey a story.

Goshodoki
A type of kimono pattern worn by women of aristocrats and upper-class samurai households in the Edo period, was given this name after the Meiji period. This was dyed in a later period than the chayatsuji pattern, and was expressed in hand-painted yuzen and embroideries.

>Chayatsuji patterns are a type of landscape pattern which emerged in the Edo period. It was used by upper-class samurai class women to dress formally in summer, and refers to a pattern drawn on the full-length of a linen textile. Motifs include waterfront sceneries, bridges, houses, trees, plants and flowers. 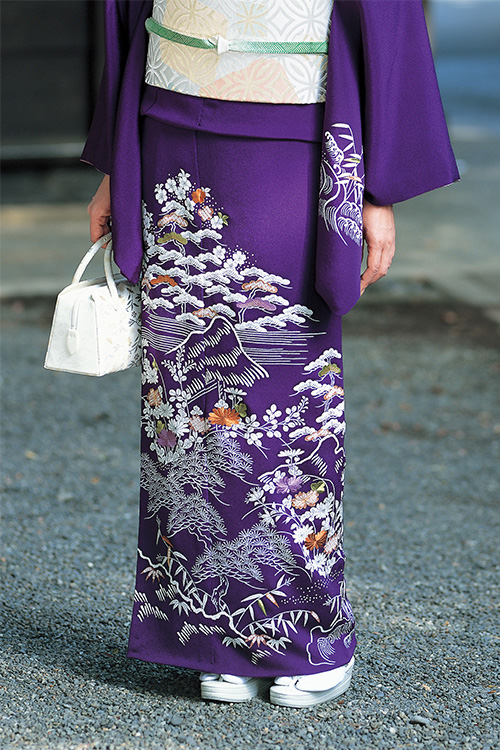 A formal yuzen kimono with a goshodoki pattern dyed on purple textile.

Compared to chayatsuji, the garden is illustrated with pines, Japanese apricots, cherry blossoms and flowering plants, while also portraying waterfalls, pavilions, and court carriages and the palace mansions, indicating that it is a palace garden. The pattern is used nowadays on formal kimono and dyed obi.