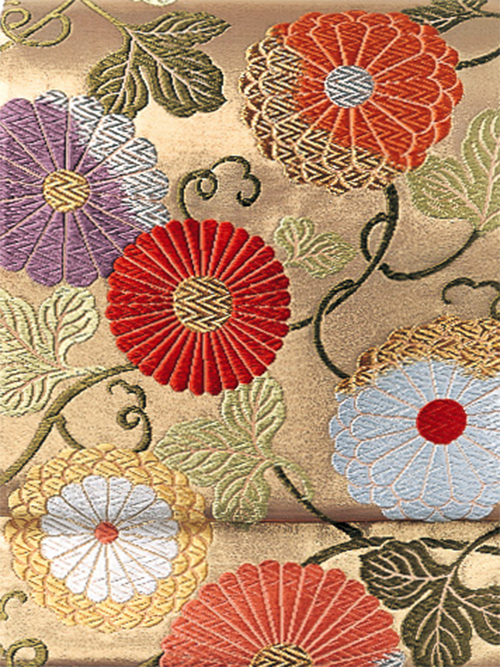 Kikukarakusa pattern is woven on the obi.

Karakusa patterns show intertwining vines and leaves in curvy lines, often designed with flowers and fruits. The pattern is said to have originated from palmette (a decorative motif resembling the fan-shaped leaves of a palm tree) of ancient Greece and Rome.

The pattern was introduced to Japan from China in the Kofun period (mid-3rd to 7th century). The strong vitality of vines that trails on the ground was highly valued, and the pattern eventually came to be designed even alongside plants with no vines such as pines, chrysanthemums and plums.

Karakusa-mon
Karakusa pattern, or Japanese foliage scroll, is the most well-known and popular pattern often seen on furoshiki wrapping cloth. The photo shows the same pattern with a modern twist on a woven obi. The simple design matches well with kimonos with plain patterns. 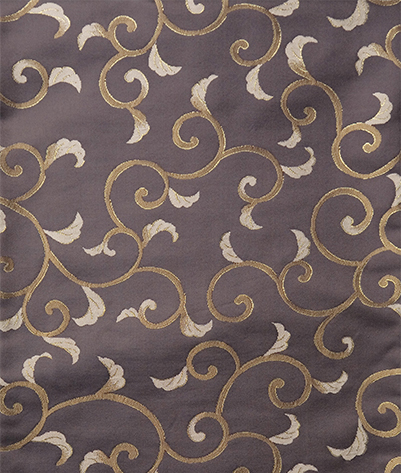 Kikukarakusa
Chrysanthemum flowers (kiku) are combined with karakusa in this pattern. It was designed on crafts from the Kamakura period (1185-1333) as well as Noh costumes and meibutsu-gire from later periods. After Edo period (1603-1867), the pattern came to be designed on muslin fabrics with indigo stencil dyeing, adding flair to affordable everyday kimono and quiltings. Today, the pattern can be seen on kimono and obi, such as in the woven pattern seen in the photo. 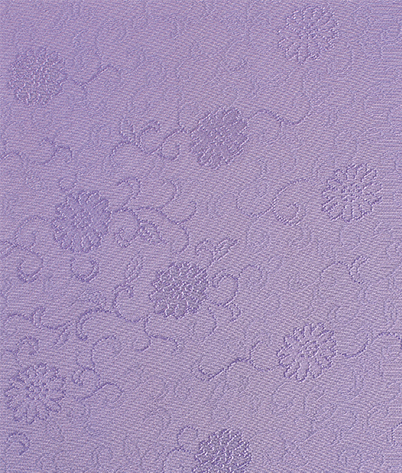 Zuichou-karakusa
Zuichou (phoenix) is an auspicious creature that was said to appear at a time of peace and tranquility in Chinese folk tales. The phoenix came to be used as design motifs in the Nara period (710-794). Coupled with karakusa, this pattern is known as one of the auspicious patterns.

This extravagant obi of karaori weave, with raised patterns that bring the zuichou-karakusa motif alive on the fabric.