From ancient times, beautiful artistic patterns on kimono have reflected the Japanese people’s delicate senses towards the changing seasons and how social conventions in the country have changed through its history.
This weekly series will take a look at various types of kimono patterns, from those that can be worn year-round to those for special occasions. We will explore the meanings behind the designs as well as insights into styling a kimono attire.

Over the next weeks, we will be looking at various patterns that reflect the beauty of the four seasons. 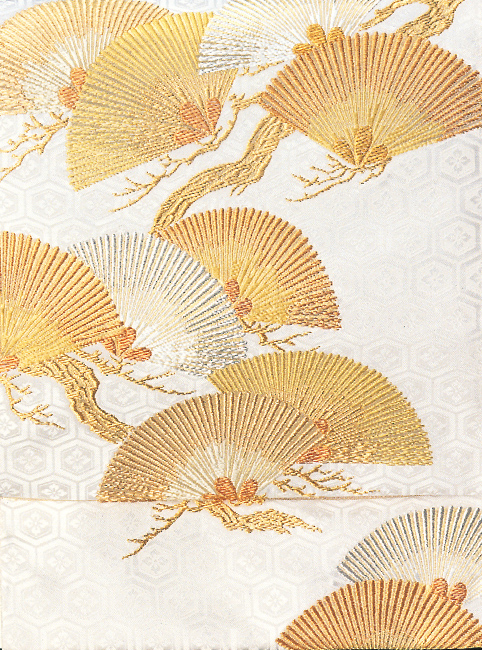 Pine trees, which withstand wind and snow and remain green all year round, were considered a symbol of longevity in ancient China. It was also said to grow in the utopian land Hourai Mountain (Hourai, located in the eastern seas, was known to be where immortal wizards lived and mere mortals did not have access to), and thus considered an auspicious kisshou pattern.

In Japan, there is a tradition to welcome the Toshigami-sama, the god of the New Year, by decorating the front doors with kadomatsu (gate pines) on New Year’s.

Such designs of pine trees began to be used in the Heian period (794-1185), and by the Edo period (1603-1868), the diversifications of designs for clothing and other items led to the creation of a various pine patterns that have been passed down to the present. 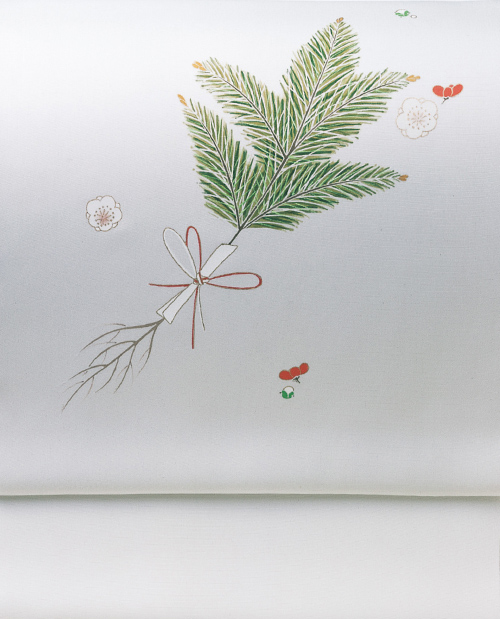 This is one of the most fitting patterns for the New Year season. In Kyoto, people display nebiki-matsu pines which are young pines with their roots attached, wrapped in calligraphy papers and tied with red and white mizuhiki paper cords, in front of their gates on New Year’s. It is said to have originated from the Heian period tradition of picking young pines and young greens to pray for longevity. 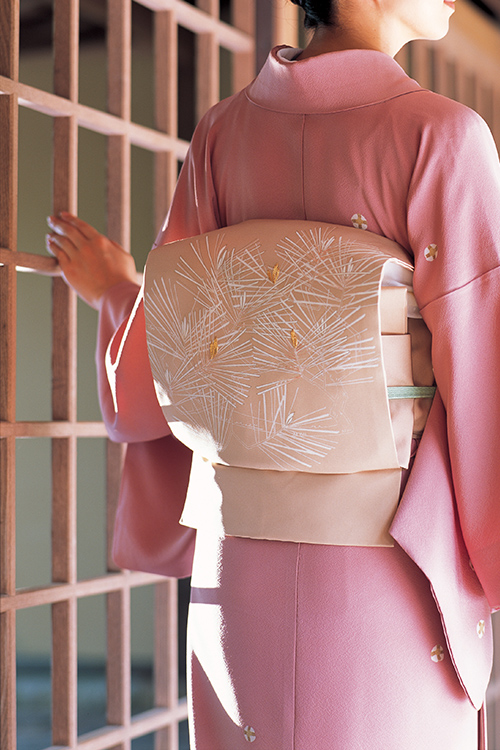 This obi features a design of a young pine branch, wishing for health and longevity. The pine needles are illustrated with yuzen dyeing and the pine buds are embroidered with gold thread, resulting in a modest but dignified finish. The pine pattern on the obi is enhanced in this combination with a simple-patterned kimono.

The pattern represents a newly budding pine showing sprouts on the ends of its branches. Being fresh and young, young pines are considered the most suitable item with which to celebrate the New Year and is often used alone or in combination with other kisshou patterns for furisode long-sleeved kimono, tomesode formal kimono, and obi. 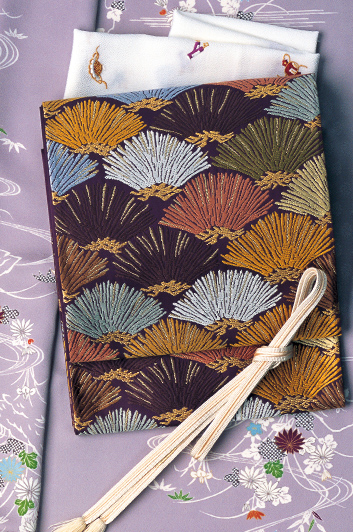 The spread-out shape of an open fan represents a flourishing future and is considered a pattern of good fortune. This pattern depicted with pine leaves not only emphasize the auspiciousness, but the interesting geometric design also adds to its charm. 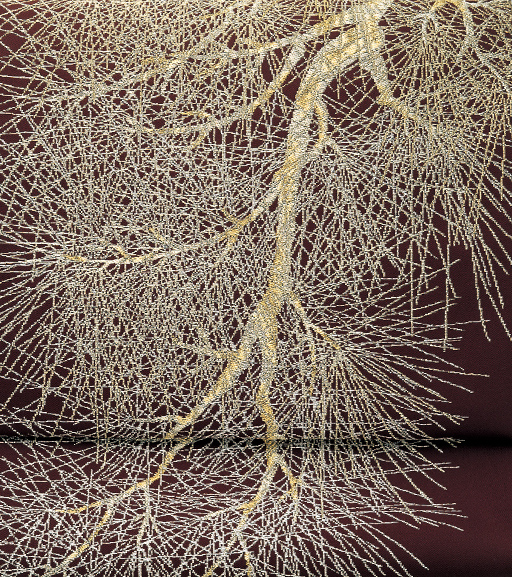 This distinctive pattern illustrates the powerful vitality of pine branches. Pines are known to have a thousand-year lifespan, and thus used in longevity celebrations along with other various festive occasions throughout the seasons.