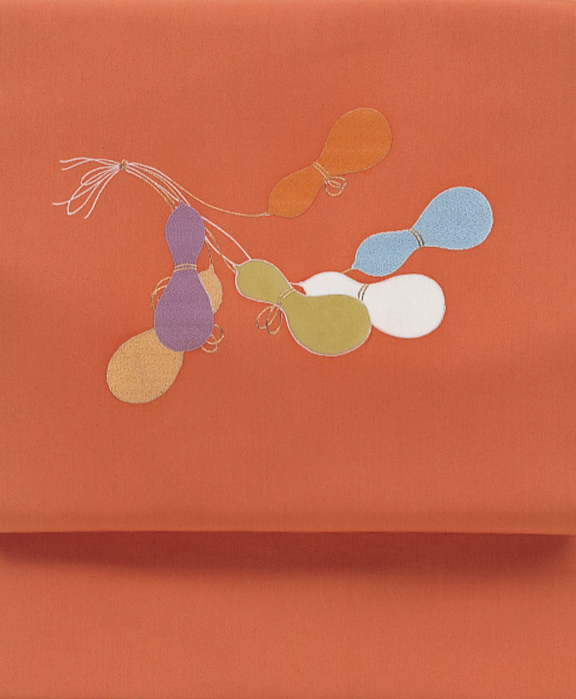 The six hyotan in this obi pattern express hopes for “mubyo sokusai” (sound health). The number six is read as “mu” in Japanese, and combined with the closeness of the sound “byo” and “hyo” from hyotan, the pattern is a graphic representation of “mubyo”.

With their unique shapes, these plants are often made into graphics along with leaves and vines and can be seen on Noh costumes and kosode (a type of narrow-sleeved kimono worn typically until the Edo period). Some kyogen costumes from the Edo period also have dynamic, dyed prints of calabashes combined with ox cart wheels. 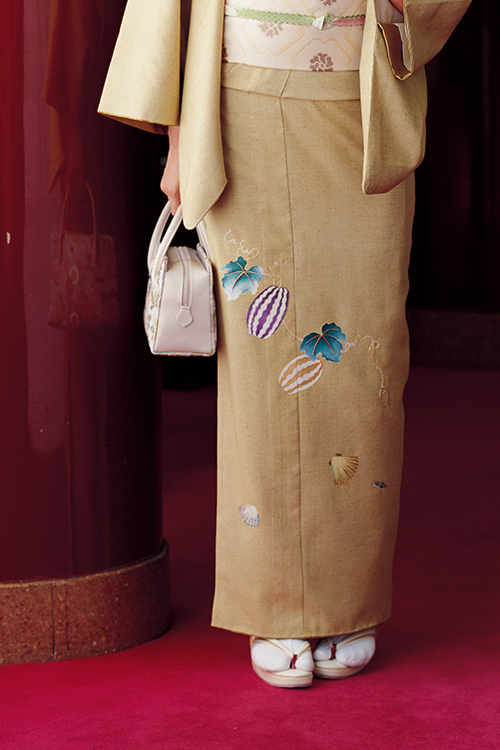 Urimon
Oriental melon (a vegetable in the gourd family) is used as a motif in urimon. Often seen on yukata (casual cotton kimono originally used after bathing)  and tenugui towels, it was the favorite pattern among the common folk in the Edo period. Today, it is used as a design on yukata as well as kimono and obi.

The kimono in the photo above has pictures of uri and kai (shells). An unusual combination, the pattern was depicted as a lucky charm for those in the trade business, depicting a play-on-word for “sell (uri) and buy (kai)”. The uniquely-shaped gourds add charm to the playful kimono pattern. The style, with this auspiciously-patterned kimono, is well suited for celebrations such as the new year’s. 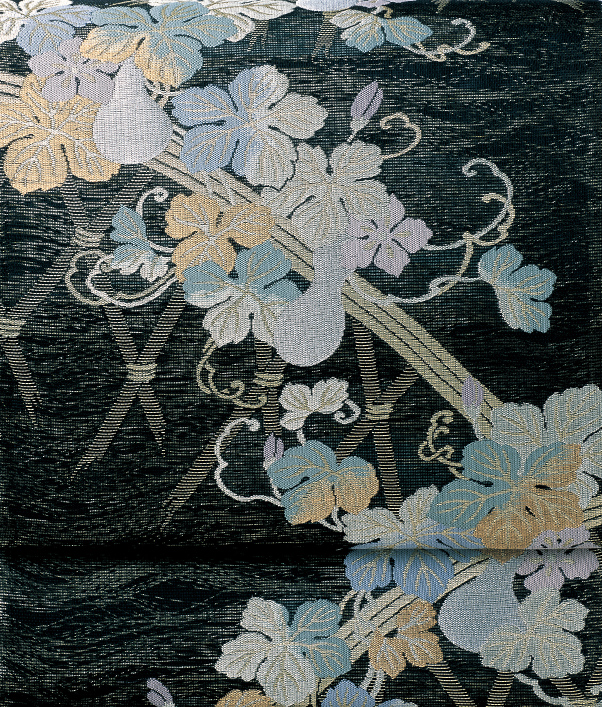 Hyotan
Hyotan, an annual vine plant in the gourd family,  is a variety of bottle gourd. Ripened fruits with hardened skin are used dried as accessories and utensils such as tokkuri sake containers. Its interesting hourglass-like shape became popular as patterns, often designed in combination with vines and leaves.

The photo above shows a hyotan pattern on an obi, with vines intertwined around a bamboo fence. This type of fresh hyotan is sometimes called narihisago (literally, “fresh calabash”), to differentiate it from the dried ones, hollowed out with their seeds removed. 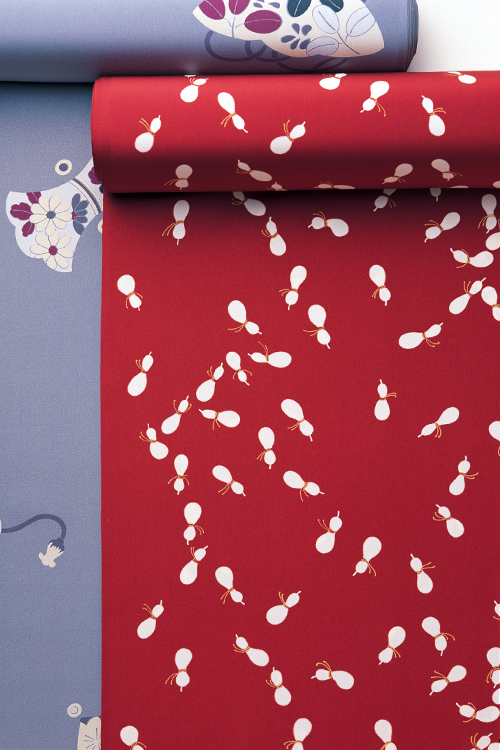 On the right in the photo above shows quirky hyotan patterns  printed across a fabric for nagajuban (long undergarment kimono). Dried hollow hyotan fruits are also called fukube or hisago. Sen-nari hyotan, a small type of hyotan that bears many fruits, is well known as the battle standard crest used by Toyotomi Hideyoshi, a samurai lord of Japan’s warring states period of the 15th to 16th centuries.

<Recommended season for wearing this kimono pattern>
Summer, fall, and all year round