From ancient times, beautiful artistic patterns on kimono have reflected the Japanese people’s delicate senses towards the changing seasons and how social conventions in the country have changed through its history.

This weekly series will take a look at various types of kimono patterns, from those that can be worn year-round to those for special occasions. We will explore the meanings behind the designs as well as insights into styling a kimono attire.

Continuing from Parts 26 ~ 28, here are some more patterns that reflect the changing seasons. 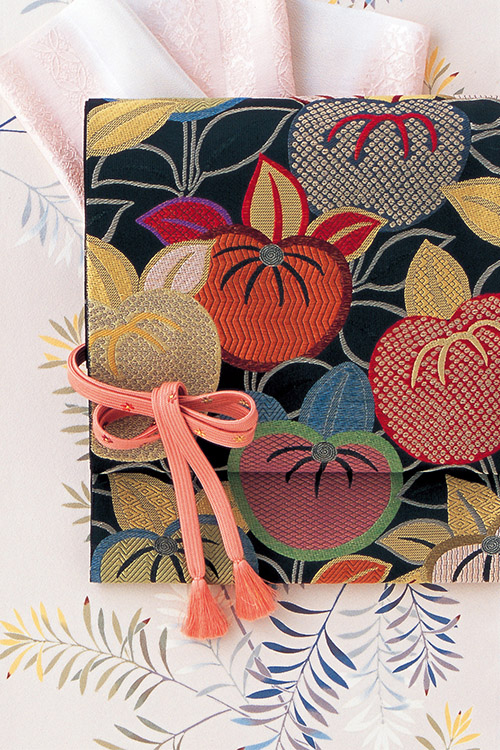 In ancient Japan, the word “tachibana” referred to “mikan”, or satsuma. In Kojiki  (Record of Ancient Matters), it is described as a plant that grows wild in “the land of Tokoyo”, the paradise of immortality, and it was believed that the tachibana oranges would bring about long life and healthy offspring. This is the reason why the citrus fruit is placed on top of a traditional New Year’s rice cake.

This is also the reason why tachibana has been designed and used on items such as festive wedding attires.

The use of tachibana as a pattern began in the Heian period (794-1185). The tachibana, believed to grow in the land of immortality, is said to have buds, flowers, and fruits at the same time, and thus both flowers and fruits are depicted together in the design. 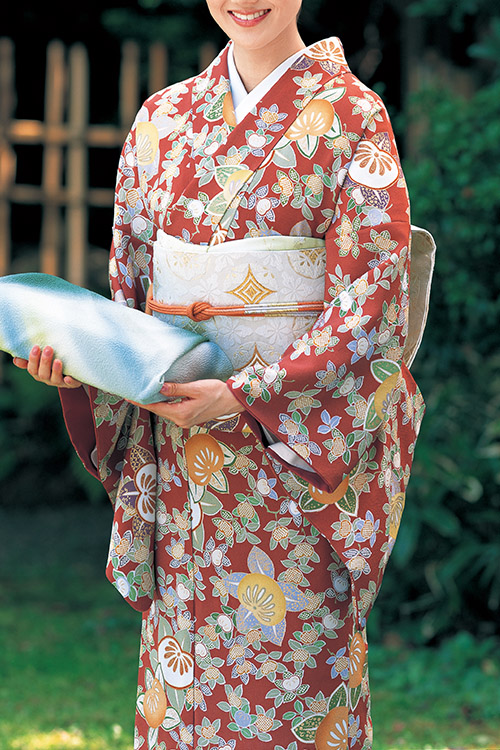 A striking pattern of tachibana fruits and leaves, large and small, is depicted on this gorgeous komon kimono. Pair it with an obi with a yusoku pattern on a white background for a sleek look.

Most auspicious patterns were introduced from China, but the tachibana pattern is said to be one of the few designs that originated in Japan. Generally, the fruit-bearing tachibana tree itself is used in the pattern, and during the Edo period (1603-1868), kosode kimono with tachibana combined with auspicious patterns such as tsurubishi <see article here>, became popular. Today, it is widely used in kimono and obi. 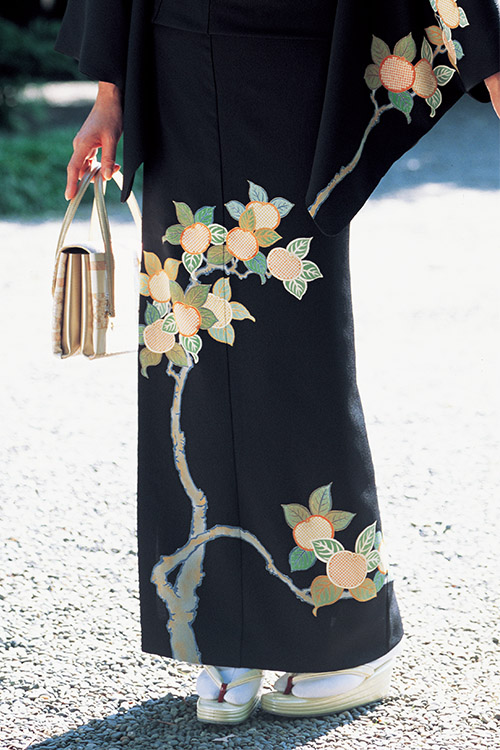 An auspicious combination of a festive, fruit-bearing tachibana-patterned obi and a komon kimono with a pattern of young leaves, representing life budding anew. 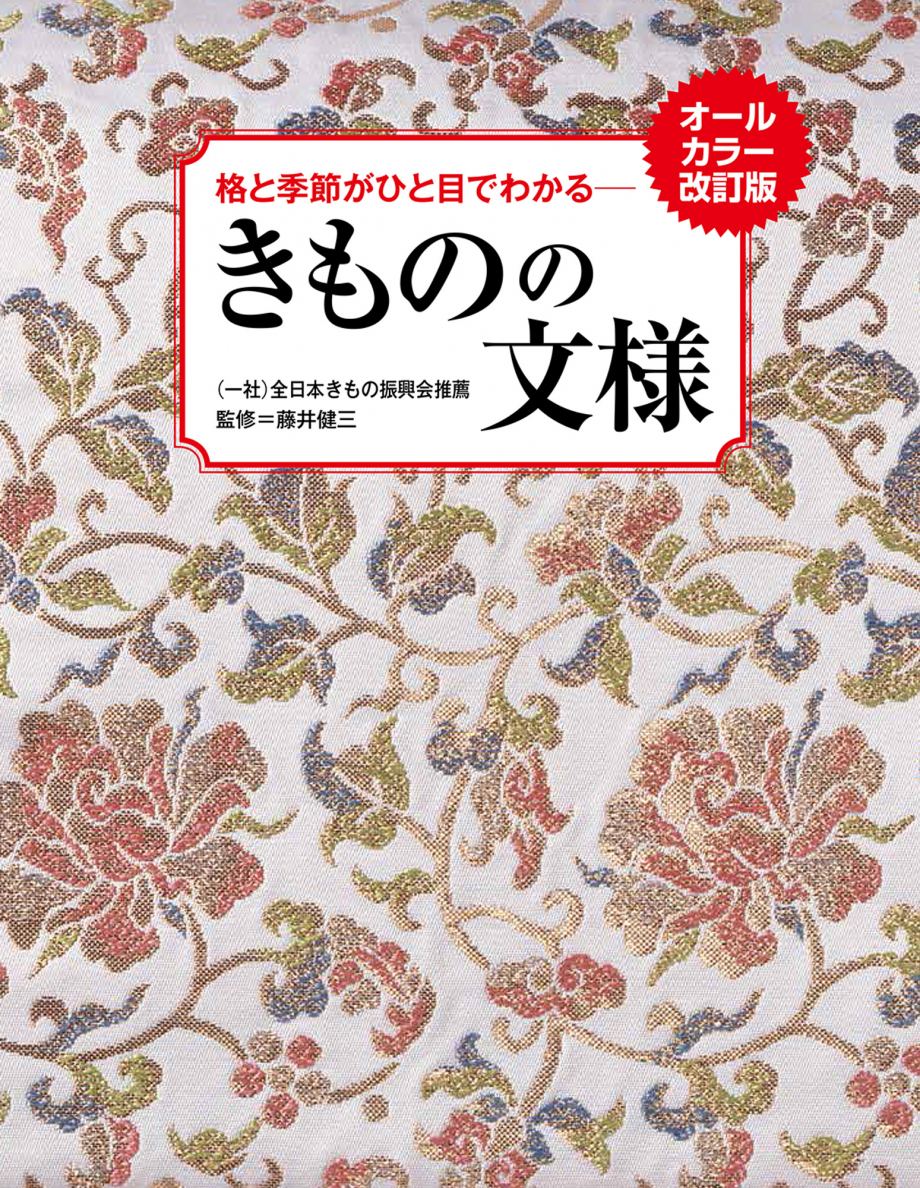